1955 ~ 2013 Ray Lussier passed away peacefully on Saturday, July 6, 2013 with his family at his side at the Pinawa Hospital at the age of 57. He is survived by his loving wife Linda of 38 years, his children Carrie (Steve), Cory (Christy), and Cam (Debbie), his eight grandchildren and his dog Molly-Mae.  He is also survived by 11 siblings and many nieces, nephews, cousins and friends. As per Ray’s request, cremation has taken place and a private family service will be held at a later ... Continue Reading

1966 ~ 2013 Brenda Stinson passed away suddenly at home on Friday, July 5, 2013 at the age of 47. She will be lovingly remembered by her husband Jason and children Michelle and Rick. As per Brenda’s request, cremation has taken place and a private celebration of life will be held at a later date. www.soberingfuneralchapel.com ... Continue Reading

1921 ~ 2013 Following a courageous battle with cancer, Gérard (Gerry) Bourgeois passed away peacefully at the age of 91, on Sunday, July 7, 2013 at St. Boniface Hospital. Gérard was born by the warmth of the kitchen woodstove on the family farm in St. Malo, MB on September 21, 1921.  The eldest son in a family of 12 children, he was no stranger to hard work.  In 1946 he married Angélina Champagne and together they raised a family of seven children while residing in Powerview and St. ... Continue Reading 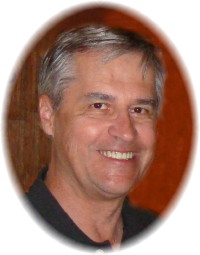 1944 ~ 2013 With his family by his side, Gregory Kuzyk passed away peacefully at the Pinawa Hospital on Wednesday, July 3, 2013 at the age of 68. He is predeceased by his parents Harry and Josephine Kuzyk, and his father-in-law Earl Jackson. He leaves to mourn his passing his loving wife of 42 years, Sharon (nee Jackson), son Paul and daughter-in-law Jen, two precious grandchildren (expected in August), sisters Candace (Terry) Opp and Maeve Bard, mother-in-law Caroline Jackson, ... Continue Reading

1936 ~ 2013 Mr. Gerry Smith, aged 77 years, passed away peacefully at the Pinawa Hospital on Tuesday, July 2, 2013. He is survived by his son Rob Smith of Whitehorse, YT, his daughter Sheri (Bruce) Loranger of Brandon, MB and one brother. The family would like to thank Dr. Papetti and the staff at Pinawa Hospital for their care and compassion.  A special thanks to dad’s neighbors and friends Ron MacLean, George and Helena Montgomery and Bruce Tresidder. Cremation has taken place and a ... Continue Reading