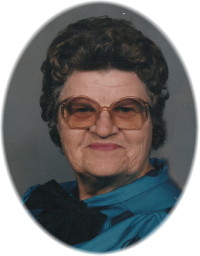 It is with deepest sadness that the family announces the passing of Stella Klym, beloved mother and grandmother on Monday, February 3, 2014 at the Beausejour District Hospital.  Mom was predeceased by her loving husband of 56 year Peter in 2003, infant son John, parents Jacob and Anna, her siblings Nellie, Nick, Paul, Josie, Helen, Mary and Stanley. She will be lovingly remembered by her son Barry (Rosemarie); daughters Cheryl (Jim) Urbanski and Bev (Brian) Schreyer; grandchildren Angie Klym ... Continue Reading

1961 ~ 2014 Terry passed away at his home in Molson, MB on Saturday, February 1, 2014 at the age of 52.  He was born on October 26, 1961 in Hamilton, ON and was raised in Stoney Creek, ON. He was predeceased by his father William.  He leaves to mourn his passing mother Helen Neufeld of Altona, MB, his wife Johanna Felbel, and daughter Jessica (Chris) O’Conner, granddaughter Cyara O’Conner of Hamilton, ON, his brother Howard (Tina) of Morden, MB as well as nieces, nephews, cousins and ... Continue Reading

1951 ~ 2014 It is with great sadness that we announce the unexpected passing of Darlene Keilback, aged 63, on January 31, 2014. Leaving to cherish her memory is her husband Glenn; daughter Joanne (Jake); sons Matthew and Thomas (friend Ashley), as well as her two grandchildren, Serena and Nathan.  She is lovingly remembered by her siblings, and numerous extended family and friends. Darlene’s journey began on March 21, 1951.  Her first few years were spent in Golden Bay before the family ... Continue Reading