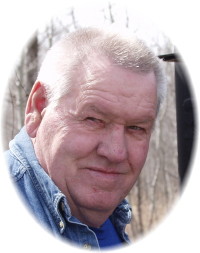 Barry was the fourth child born to Islay and Joshua Kines in Bowsman, MB.  His siblings are: Jim, now deceased (Shirley) Kines, Joyce (Bill) Kaatz, both established residents of Beausejour, and Betty (Fred) Litke of Nanaimo, along with many nieces, nephews and their children.

His early childhood was spent in Bowsman and Elm Creek with many fond memories, as he recounted them often.  In his early teens the family relocated to Beausejour, MB.

This was the beginning of many colorful anecdotes and where he tried his hand at various trades in remote places and made many friends.  Later in life he settled with welding which led to his own business.

During this time he was an avid snowmobiler, racing at first, then later helping at CPTC races.  He was also a volunteer fireman for a time.

Barry met and married his wife Arlene and settled into family life.  They have 2 daughters Josie and Patricia and 5 beloved grandchildren Joshua, Amy, Melissa, Brayden and Olivia.

Barry formed a new passion during his retirement years in slow cook BBQ.  He met many and made new friends through this.  When not cooking in the summer, you could find him driving in his 1980 Jeep or meeting up with friends for coffee.

His faith and love for his family: especially his grandchildren, who are the joy and delight of his life, kept him encouraged through his years of illness.  We are grateful for family and friends, especially Brian and Fred who knew our needs before we did.

Please make any donations, in lieu of flowers, to a charity of your choice or the Beausejour Hospital TV Fund, Box 1614, Beausejour, MB R0E 0C0.

Offer Condolence for the family of Barry Graham Kines