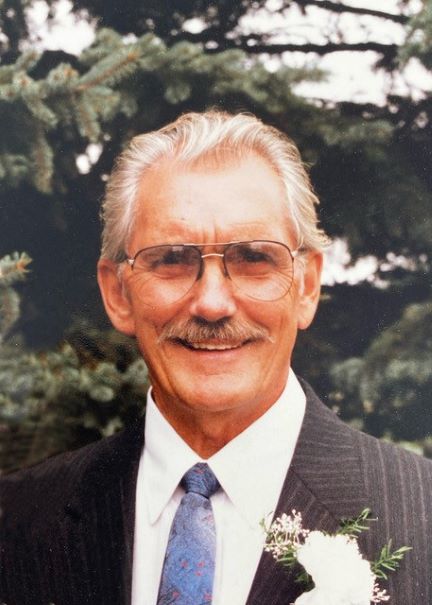 It is with deep sadness that we announce the passing of our father Lawrence (Larry) at the age of 89. After a short but valiant fight with Cancer our dad was reunited with the love of his life, Annette on March 2, 2022. He will be dearly missed by their three children, Keith (Huguette) Gauthier, Kathy (Dwight) Dietrich and Phil (Pearl) Gauthier. Grand children, Danielle, (Justin) Pichor, Dylan and Lucas Dietrich, Tessa Gauthier (Steph). Great grandchildren, Ella and Jack. Dad was predeceased by his parents William and Annie, his brothers George, Alfred, Maurice and his youngest brother Dominic, who passed only days before he did.

Dad was born in Fitzroy Harbour, near Ottawa, Ontario, and was the oldest of 5 brothers. He grew up in Wolf Lake, Quebec with his parents and grandparents close by. Like many in those days he was exposed to hard work at an early age and developed a work ethic that stayed with him throughout his life. He worked numerous construction and mining jobs in his early years and met our mom, Annette while working in Niagara Falls in 1956. Three children came along shortly afterwards, and like many young couples in those days, they had their struggles and had to fight hard for permanent work and a good place to bring up us kids. One of our favourite stories will always be how he did get that first break. After jumping onto a staff bus, driven by his brother George, and slipping through security, he presented himself to the lady in HR at AECL in Chalk River, ON. He asked that his resume be considered for the upcoming job in operations. Dad said she nodded, smiled and dug through the huge pile of resumes until she finally found his and placed it on the top of the pile. We’re not sure if it was his charm, good looks or both, but it paid off, as he was hired by AECL shortly after in January, 1960.

Dad was part of a group of AECL employees that were given the opportunity for a new life in a brand-new town. He took that opportunity and moved the family to Pinawa, Manitoba in 1964, where he and mom stayed until mom’s illness forced them from their home of nearly 50 years. Dad’s next love after mom was simply being outdoors. He hunted, fished, and taught us what “real” camping was, which meant taking nasty back roads miles back in the bush where we camped on a beautiful, secluded lakes without amenities or another human for miles. These childhood memories were the absolute best and will stay with us forever. Dad (and mom) were the epitome of a Canadian hockey parent, constantly traveling to games, practices, and figure skating events. Dad was a great fixer and carpenter, he built his own boat, a BIG boat! More great memories, we had some great family times in that boat. Dad worked tirelessly on the Trans Canada Trail system and Pinawa’s cross country ski trails, grooming, clearing, maintaining and helped build the two cabins still in use on these trails. He was presented with a number of outstanding volunteer awards over the years for his hard work and dedication. Dad was also a true motorcycle enthusiast, he loved to go for rides with his boys and went on numerous cross-country trips. He continued to ride into his mid 80’s before he finally parked the motorcycle for good. And even though we all agreed that it was time, dad missed his motorcycle right to the end. Dad not only helped maintain the local ski trails for years but was an avid cross-country skier himself. He entered and won numerous senior ski races throughout the province in his sixties and could still “kick butt” (and he did) on the ski trails even at 80 years of age. Dad became an avid golfer in his late 40’s, and like everything else he set out to accomplish, became very good at it. He and mom very much enjoyed the game and went on a numerous golf excursions. After the move to Selkirk dad continued to play 2 or 3 times every week with his sons and was quite proud of the fact that even at the age of 89, he could still shoot a score that matched his age. He loved the game so much that he would sometimes play 2 or 3 days in a row. And if the boys were unavailable for an outing, he would go by himself. We were amazed at his drive and the ability to do some of the things he did at his age, and apparently, we weren’t alone. Shortly after dad passed, the manager at dad’s apartment block said that dad was a bit of a legend to the folks there. Apparently, they were intrigued by this impressive 85+ fellow, driving around in his spotless Cadillac, playing golf, still driving a motorcycle and out and about more evenings than he was home. Dad rarely turned down a dinner invitation with family and he never sat around for any longer than it took to watch the last round of a golf major or Jets game. We learned quickly that even insinuating that he should consider slowing down a bit went absolutely nowhere. He would just smile and say, I’ll let you know when I’m ready to slow down.

Dad was a great father and a great husband, and most importantly, he was a good man.  He was loved and he will be dearly missed.

We would like to extend a heartfelt thank you to the incredible staff at Selkirk Hospital. Cory, Jess, Danielle, Jody and others. We’re sorry that we can’t name you all, but please know how much we appreciated the kindness, and compassion you showed for dad and us through this difficult time.

As per dad’s wishes, his ashes will join mom’s at Pinawa Cemetery and there will be family service at a later date.

Offer Condolence for the family of Lawrence H. Gauthier