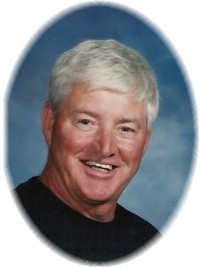 We are heartbroken to announce that Donnie passed away on March 23 at the Beausejour Hospital after a brief, but valiant struggle, with mesothelioma.

He will be lovingly remembered by his wife Tanis, his three children Kim and husband Tim, Dean and wife Heather, and Lee and husband Gardiner.  He will be sorely missed by his six grandchildren of whom he was so proud:  Carrie (Josh), Katelyn (Jerad), Tanner (Kaitlyn), Reed (Jodi), Taylor (Kelsey), and Maddy.  In February he was thrilled to welcome a great granddaughter, Kilyn Anne (Carrie and Josh).  He is survived by his brother Bryan and wife Diane, brothers in-law Michael and wife Jenefer, Lanny and wife Barb, and sister in-law Penny and husband Graham, and their families.

Donnie was born in Bissett in 1935, but grew up and attended school in Pine Falls.  He attended the University of Alberta and graduated from North Dakota State University.  He was a true sports enthusiast, loving all sports, coaching many and participating in most.  He played hockey (Selkirk Steelers, U. of A. Golden Bears, and Pine Falls Paper Kings).  He hunted, canoed, and snowmobiled, but he especially loved playing ball and curling, reaching the national level of competition in both.  He was looking forward to being inducted into the Manitoba Softball Hall of Fame with his dad and his teammates from the 1967 and 1970 Canadians.  He truly enjoyed fishing with Dean and the grandchildren.  He worked as an electrician in the Abitibi Paper Mill in Pine Falls, but found his true calling as a phys. ed. teacher in Whitemouth where he taught for 24 years.  For several years he was active in the Eastman Sport Development Association serving as chairman, and he was part of the Mission Staff at the Canada Games.  He was an active member of the Whitemouth and District Lions for 30 years.  He loved to laugh, tell stories, and enjoy the company of his friends.  We will miss him terribly, but will cherish many wonderful memories.

I’d like the memory of me to be a happy one.

I’d like to leave an afterglow of smiles when life is done.

I’d like to leave an echo whispering softly down the ways.

Of happy times and laughing times and bright and sunny days.

Offer Condolence for the family of William Donald McDonald