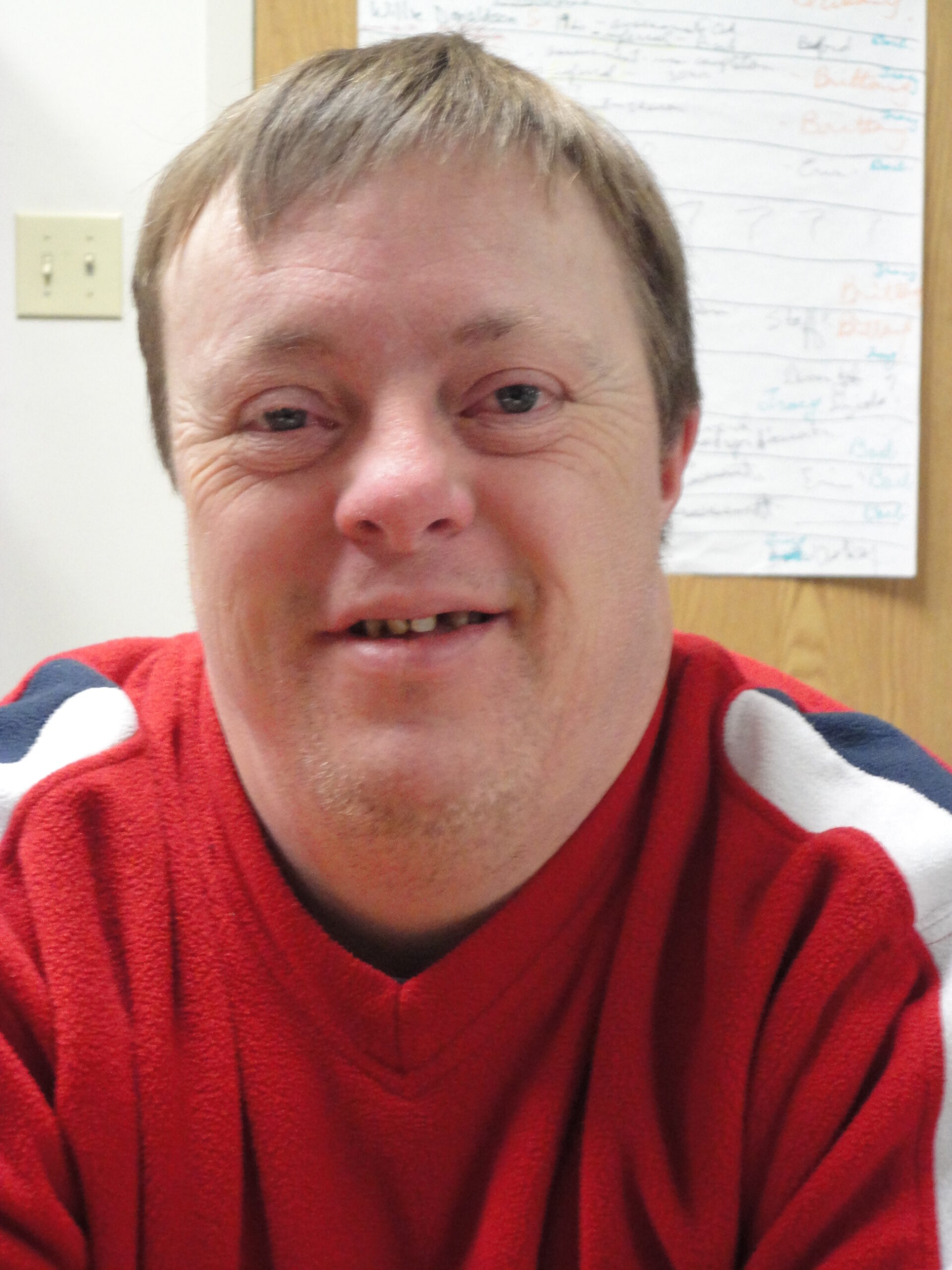 Peacefully on August 6, 2022, William Donaldson passed away at the Beausejour Hospital at the age of 57.

William was born in Winnipeg on January 4, 1965, and was moved into foster care as an infant.  He graduated from the Special Education program at Kildonan East Collegiate in 1986, and began attending a Day Program with WASO in Winnipeg shortly thereafter.  A few years later, William moved out to Beausejour and became connected with his forever family at the Association for Community Living – Beausejour Branch.

William, or “Willy” as known to many close friends, was a fun, caring, and sometimes mischievous man.  Anyone who knew William knew of his love for wrestling.  He boasted a large collection of wrestling shirts, magazines, and posters, and was proud to show them off to everyone.  William was also a big sports fan, and proudly wore his favorite team jerseys while cheering them on.  William loved music, singing karaoke, bowling, and was active with the Beausejour Special Olympics team for many years.  William had a large circle of friends, many of whom he considered his family.

William will be missed by all who knew him, most especially by Tim and Ashley Legrand who cared for him for many years.  Jase, Sophie, and Sadie Legrand will always remember their “Uncle Will”, and his memory will live on with them for a lifetime.

“Why fit in when you were born to stand out” – Dr. Suess

In lieu of flowers, donations can be made in William’s memory to the Association for Community Living – Beausejour Branch Inc.

Offer Condolence for the family of William Donaldson