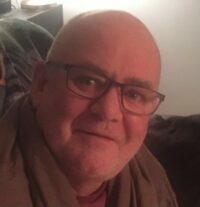 It is with great sadness that we announce the sudden passing of our husband, father and grandfather, Willie at his residence in Pine Falls on June 17, 2021.

He leaves to mourn his wife of 39 years, Beryl; sons Dustin and Matthew (Jaime) and grandchildren Blake and Savannah; sisters Louise Bodnar, Betty Balness (Howard) and sister-in-law Fay Davidson, as well as numerous nieces and nephews.

Willie was predeceased by his father Jean, his mother Zelie, his brother John and his brother-in-law Gerry.

Willie was a millwright by trade and a proud member of Local 1443.

He started when he was 16 years old when his dad sent him up to Jenpeg to work for the summer and he didn’t like that, but he took it in stride.  He worked numerous jobs all over Manitoba and later moving to Alberta to work.  They moved back home and he worked some jobs in Ontario before accepting full time employment in Pine Falls at the paper mill until its closing.

Willie loved to hunt and fish and like any other guy he liked to brag about how big the fish was or how big those horns were on that deer or moose.  He loved to travel and started making going to the states an annual event to watch his New Orleans Saints play, whether it was a home game or going to a different city to watch them.  Mom would buy the opposing teams shirt and wear it and cheer them on just to bug him, but it was all in fun.  He also got to travel to France twice to see family and he was very happy to have done that.

But the thing that brought him his most joy were his grandchildren and although he didn’t have much time with them, he made the most of it.  He always said that being “Pappa” was the best honour that he could have.  We the family hope he knows how much he is so missed and loved.

We would like to thank the Pine Falls Paramedics for everything that they did to help him and to the doctors and staff at Pine Falls Hospital for doing everything that they could to help.  We also would like to express our sincere gratitude as well to Constable Liam McLeod and Constable Sharon Trauzzi for the support that you extended to our family.

As per his wishes, cremation has taken place and a celebration of life will take place at a later date once Covid restrictions have eased.

In lieu of flowers donations in Willie’s Memory may be made to the Heart and Stroke Foundation or the Children’s Hospital Foundation of Manitoba.

Offer Condolence for the family of William Gerald Davidson