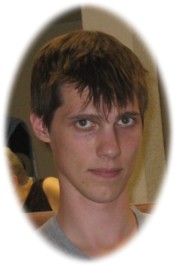 William Paul Koroll, age 25, passed away unexpectedly in his sleep on May 27, 2010. He leaves brokenhearted, his parents, Grant and Margaret, sister Katherine and brother Richard, grandparents Audrey Koroll, Peggy and Scotty Sisson and many aunts, uncles and cousins. William was predeceased by his grandfather, Paul Koroll.

William was a delight to all who knew him – intelligent and imaginative, with a wonderful, sunny disposition. William had a happy childhood and participated in speed-skating, minor hockey, Jackrabbits cross-country skiing and Ukrainian dancing, as well as many activities with his family and his cousins at Elm Creek, Manitoba and Saltcoats, Saskatchewan. William held summer jobs with the LGD Green Team, life-guarding and two student terms with Manitoba Hydro. William was a good student. His schooling began at Lord Roberts School in Winnipeg. He continued in Pinawa and graduated from Pinawa Secondary School, with Distinction. He went on to study Physics and Mathematics at University of Waterloo and University of Manitoba. It was, however, in music and writing that he really found his voice – and extraordinary energy. He formed his own recording and publishing company to produce recorded musical compositions. His body of written work comprises numerous essays and at the time of his passing, he had just completed his third book. We are so proud of all your accomplishments William. We love you and miss you.

A memorial service celebrating William’s life will be held on Wednesday, June 2, 2010 at 4:00 p.m. at the Pinawa Community Center.

Offer Condolence for the family of William Paul Koroll