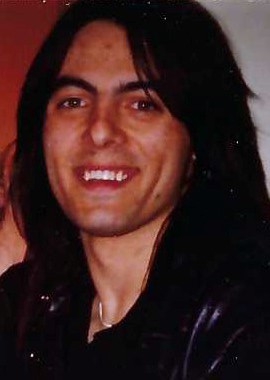 It is with great sadness that we announce the passing of Alan Joseph Norman Robert Herie.  Alan peacefully passed away at home in Stead, Manitoba on August 29, 2021 at the age of 51, with his family by his side.

Left to mourn his passing are his mother Germaine Herie; children Tyson and Kendra; brothers Norman (Karen), Dale (Carmen), Roger (Marlene); sisters Giselle (Josh), Carmen (Craig), Sarah (Steve); along with many nieces and nephews.  Alan was predeceased by his Father Joseph in 1994.

Alan was born and raised in the Pine Falls/Powerview area.  He later lived in Winnipeg and BC.  He travelled throughout North America with Conklin.  He settled in Stead, MB where he worked for Gusta Sod Farms.

Alan will always be remembered for his passion for art and music, which inspired his way of life.

Interment will follow at the Beausejour Cemetery, followed by lunch at the Brokenhead River Community Hall, 320 Veterans Lane, in Beausejour, MB.

Offer Condolence for the family of Alan Herie