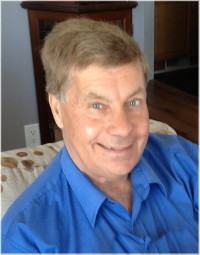 It is with broken hearts we announce the sudden passing of our beloved Husband, Dad and Papa, Alfred Dancho at his farm on Friday, July 20, 2018 at the age of 68.

He will be lovingly remembered by his wife Trudi of 44 years, his children Jeff (Katherine) and their children Levi, Jase, and baby girl on the way; Heidi (David) and their daughter Eva; and Tiffany (Alvin).  He is also survived by his sisters Shirley (Mike), Susan (Wayne), Sylvia (Bill, deceased), brother Garry (Sheila); mother in-law Erna Jung (children Margarete and Rudi), as well as numerous aunts, uncles, nieces, nephews and cousins.

He was predeceased by his parents Marguerite and Frank Dancho and father in-law Reinhold Jung.

Alfred was born in Selkirk, MB and was raised on the family farm.  He fell in love with Trudi and the couple worked tirelessly to start their own farm in 1972, a mile away from the homestead. They married in 1974 and raised their three children with the values of a hard work ethic, integrity and kindness.

Along with farming, he established a grain cleaning plant at the farm which he ran for many years.

His loves included Trudi’s baking (cinnamon buns), Arctic Cat snowmobiles, boating, quadding and Allis Chalmers.  But above all, his ultimate passion was his grandchildren which he showered with love.

A special thank you to the Beausejour RCMP for the kindness they showed Trudi, as well as the EMS who were in attendance.

In lieu of flowers, a donation may be made to Children’s Hospital Foundation (Variety Heart Centre), FE241-685 William Avenue, Winnipeg, MB R3E 0Z2.

Offer Condolence for the family of Alfred Dancho