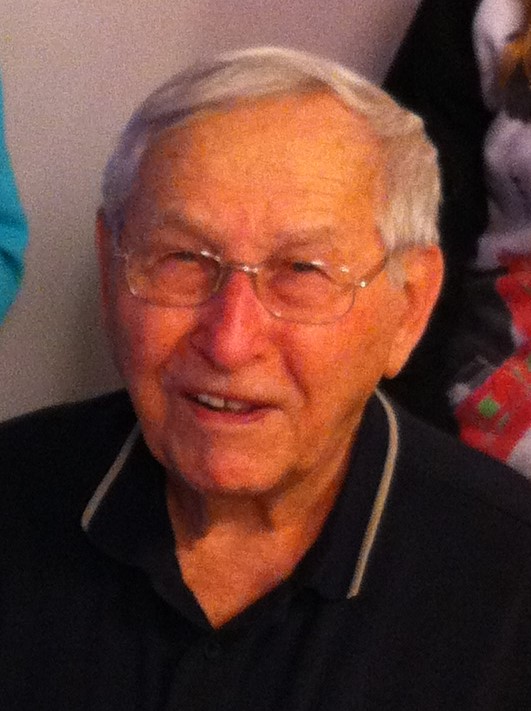 With great sadness we announce the sudden passing of Alfred Buss, on Wednesday, July 7, 2021, at East Gate Lodge in Beausejour.

He was predeceased by his parents Henry and Matilda; brothers Leonard, Roy and Herbie; sisters-in-law Olga, Doreen and Vera; several nieces, nephews, cousins and extended family.

Dad was born in Golden Bay, Manitoba on February 17, 1929.  He attended school at Golden Bay School until Grade 8 and held several seasonal jobs.  In 1952 he met Theresa and they married on September 27, 1958.  He returned to school as an adult at Red River Community College.  While there he got his tickets for welding, drafting and machining.

Alfred went on to work at Allied Farm Equipment on the welding line and quickly got promoted to research and development.  He loved this line of work.  After Allied was acquired by another company, he went on to Co-op Implements to work at their research and development department.  While working at Allied and Co-op he was helping and farming with his father-in-law John Pshednowek and later took over the operation.  He farmed until 1993.

Alfred and Theresa welcomed their one and only son Terry on July 22, 1967.  Family was very important to Alfred – it meant everything to him.  He really enjoyed getting together at family gatherings; he was always happy to lend a hand and was often called upon to fix machinery for friends and family.  When Terry married Susan, Alfred quickly created a special bond with her.  They enjoyed countless hours talking about gardening and exchanging interesting stories.  The granddaughters joined the family with Lauren being born in 2000 and Cassidy in 2002.  They were his special girls.  Grandpa’s workshop was downstairs, and they quickly learned how to hammer a nail, make paper boats, and build Barbie furniture.

He will be missed by all who knew him.  He was truly one of a kind.

The family wishes to extend a special thank you to the staff at East Gate Lodge and the doctors, nurses and Health Care Aides at Beausejour Hospital.

Due to Covid restrictions, we invite those who wish to attend to arrive at the church, remain in their vehicles and tune their radio to 98.1 FM.

In lieu of flowers, donations may be made to the Beausejour Hospital TV Fund.

Offer Condolence for the family of Alfred Manuel Buss