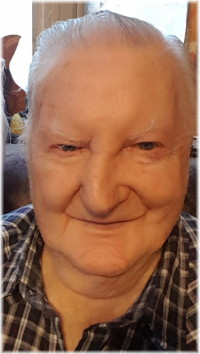 Alfred Petznik, at the age of 91, of Greenwald, MB, passed away peacefully in his home on December 6, 2020. Born on July 14, 1929 in Poland and immigrated to Canada with his parents and younger brother. He is survived by his two sons Ernie and Jason, one daughter Anita and two grandchildren Eric and Amanda. He was predeceased by his loving wife Delila (July 20, 2006) whom he married on June 4, 1955. Also predeceased by both his parents August and Filipena Petznik, his brother Arnold (January 27, 2013) and his sister Elsie (June 8, 2020). Alfred farmed the earlier part of his life, and worked numerous mining jobs in later years, the last one being a gold mine in the Yukon. He was nicknamed “The Great” and will fondly be remembered as such. Cremation has taken place. There will be no services at this time.

Offer Condolence for the family of ALFRED PETZNIK