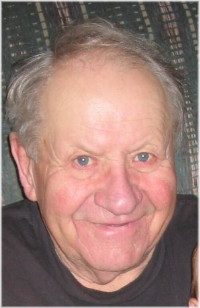 Alfred Jarvis passed away peacefully after a brief illness on Thursday, August 25, 2016 at the age of 88.

He was predeceased by his wife Alice (nee Loney) in 2003, his brothers Edgar, Jack, Jim and Esmond, and his sister Kay.

Dad was born and raised in Gladstone, MB where he met the love of his life Alice.  The couple moved to Winnipeg and raised their family.  Dad worked as a partner for the Imperial Seed Company until his retirement in 1983.  They retired to Lac du Bonnet where they began their Golden Years.  They enjoyed travelling down to Texas for many winters.

A special thank you to the staff at Grace Hospital for all their care and compassion they showed to our Father.

A Celebration of Alfred’s Life will be held at St. James Kiwanis Village, Common Room, 90 Sinawik Bay in Winnipeg  from 1:30-3:30 p.m. on Sunday, September 4.

In lieu of flowers, donations may be made to Siloam Mission or CancerCare Manitoba.

Offer Condolence for the family of Alfred Welles Jarvis