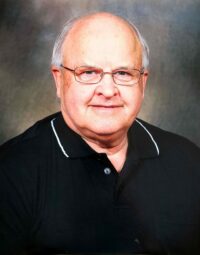 It is with heavy hearts that we announce the passing of our beloved husband, father, grandfather, and brother, Allan Rach, who passed away with his family at his side on November 11, 2022 at the age of 75.

He is predeceased by his parents, Mary and Albert, his brothers Dennis and Lorne and his sister Irene.

He will be lovingly remembered by his wife of 55 years, Marlene (nee Molinski). He is survived by his three children, Duane, Corinna and Aaron (Meghan), his four grandchildren, Catarina, Kaylie, Oliver and Isla and his sisters, Beatrice, Betty (Lloyd) and Edith (Alfred). As well, he leaves behind many nieces, nephews, and cousins.

Allan was born on March 13, 1947 and grew up on a farm in Glenmoor MB. He attended school there, where he met his future wife, Marlene. Allan moved to Winnipeg on his own at 15. He and Marlene eventually began dating, with her following him to Winnipeg shortly after he moved there. Allan and Marlene were married August 12, 1967. They raised their children, Duane, Corinna and Aaron in Winnipeg. He took on many career paths, including heavy construction, pipe laying and carpentry. In 1988 they decided to return to Thalberg with Aaron, where Allan switched careers to farming. He happily remained there in their little country house, in his country roots, for the rest of his life with Marlene.

In lieu of flowers a donation may be made in Allan’s name to The Christmas Cheer Board, 1821 Wellington Ave Unit 100, Winnipeg, MB R3H 0G4.

Many thanks to the doctors and staff at the Beausejour Hospital and the H.S.C. for all of the care and compassion that they showed towards our husband and father.

A funeral service will be held on Friday, November 18, 2022, at 11am, with viewing one hour prior at Sobering Funeral Chapel, 1035 Park Avenue East, Beausejour MB.

Offer Condolence for the family of Allan Rach