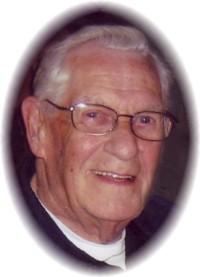 With heavy hearts the family announces the unexpected passing of Alvin Hayes on March 22, 2012 at the Beausejour Hospital.  He is survived by Annette (Chic) his beloved wife of 57 years, sons Darryl and Terry (Elaine) and grandsons Kyle, Ryan, Mitchell and Alex who brought a great deal of joy and pride into his life and an earful into the lives of others.

Alvin was predeceased by his brother Sandy, sister Irene and daughter-in-law Annette ever loved and ever missed.

Alvin was a life-time resident of Beausejour, growing up in the Beausejour Hotel. A great sports enthusiast, Alvin curled, golfed and throughout the 1950’s played shortstop on the “famous” Beausejour hardball team. His great accomplishment as a pianist was modestly referred to by Alvin as his “tinkling of the ivories”, which he show-cased during many local concerts and events. He was a founding member of the Junior Chamber of Commerce and chaired the Board of Directors for the Beausejour Housing Authority for 12 years. Alvin was employed by the MLCC but found his niche when he became the assistant music director of the E.S.S Orchestra. Many lunch hours would find him “jamming” with the students. He enjoyed “pegging points” at the Legion and Beau Head.

If friends desire donations can be made to RC Legion #132 or St. James Anglican Church (Beausejour).

Offer Condolence for the family of Alvin John Hayes