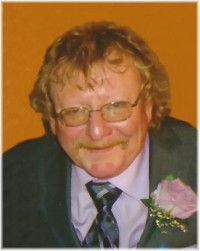 It is with heavy hearts we announce the passing of our beloved father, son, grandfather and brother, Alvin Semrock, who passed away on Saturday, September 28, 2019 at Pine Falls Hospital with his family by his side.  He was 62.

Alvin was predeceased by his father Oscar in 1989.  He will be lovingly remembered by his children Amanda (Ted) Holunga and Sheldon (Sabrina) Semrock.  Alvin is survived by his two Grandchildren Jessie Semrock and Gracelyn Holunga.   His memory will be cherished by his mother Edith and his brother Wayne.  He also leaves extended family and friends.

As per Alvin’s request, cremation has taken place and a private family interment will take place at a later date.

Offer Condolence for the family of Alvin Semrock