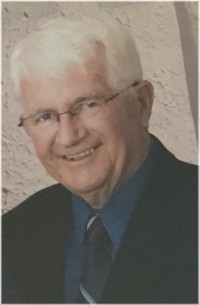 On Saturday November 17, 2018, after a lengthy illness, Tony passed away peacefully, with family and friends at his side at the age of 82.

Tony was born in England where he worked and lived until he immigrated to Canada with Ali and Andrea in 1965. He lived mainly in Winnipeg, but spent 5 years in Elliot Lake, ON followed by 15 years in Lac du Bonnet, MB. Although he worked as a mechanic, his true passion was Scouting and working with children, which he did alongside Ali for over 45 years.  Together they started the 173rd Archwood Scout Group which included Beavers, Cubs, Scouts and Venturers, and were involved until the group closed some 35 years later. Tony was also involved with Big Brothers and was a volunteer at the Lac du Bonnet Care Home. As well, he and Ali were foster parents who cared for more than 21 foster children. He truly was a great man and will be missed by the many people whose lives he touched.

A Celebration of Life will be held at Archwood Community Club on January 6, 2019 from 2-4. The family would like to thank the staff at Meadowood Manor for their exceptional care of Tony during his 2 year stay.

For those who wish, contributions can be made to Parkinson’s Canada, Meadowood Manor or any youth organization.

Offer Condolence for the family of Anthony David Eason