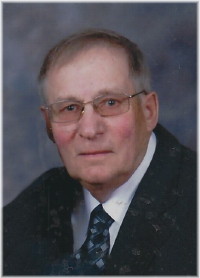 It is with broken hearts we announce Arthur has left us to join Diana in heaven on January 2, 2021 at the age of 79.

He will be lovingly remembered by his children Kim (Jim), Colleen (Cole) and Terry (Paola).  He leaves his grandchildren Ashley, Rowan, Adalia, Tamaya and great grandson Liam and his half dog Whiskey.

He also leaves his brothers Ron (May), Leonard (Lynette) and his sisters Bernice and Grace (Cliff).

He is predeceased by his wife Diana (nee Chikowski) in March, 2020 as well as his parents Bill and Lena; his sisters Darlene and Norma.

Grandpa loved his garden and he loved to share his produce with his family and friends.

Arthur was the epitome of hard work, he could not sit still even though he had aches and pains.

His grandchildren were the light of his life.  His favourite times were when family came over as this meant he didn’t have to cook.  He even dug out his backyard so the kids had a pool.  Another favourite activity was Quad and Dune Buggy rides with the kids.  Eventually they got to drive their gramps around.

He enjoyed hunting, fishing and having a shot of whiskey with his friends.  At the heart of it all he was a kind gentle man that would do anything for anybody.

A celebration of Arts life will be held on Friday, July 29, 2022 at 2:00 p.m. at Sobering Funeral Chapel, 1035 Park Avenue East, Beausejour, Manitoba.  Interment will follow in the Thalberg Trinity Lutheran Cemetery, where we plan to lay Art and Diana to rest together.

Offer Condolence for the family of Arthur Kowalke