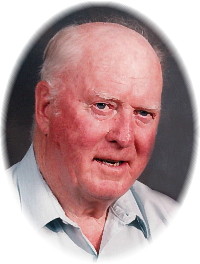 Arvid peacefully passed away on September 22, 2015 surrounded by the love of his family.  He will be lovingly remembered by Doreen (Drawson), his devoted wife of 68 years.  His children, Carol Kabaluk (Dennis), Norm Dancyt and Karen David (Laurent), will miss him dearly.

Papa’s pride and joys were his grandchildren, Craig Kabaluk (Toni), Lisa Sagel (Lincoln), Lucas David, Kieran David (Leslie), Cale David (Karley) and Megan Stephenson (Matthew).  More joy filled the family with the arrival of greatgrandchildren Hannah and Jack, Carter and Will, Riley and Tyler, Chase and Olivia.  Papa always had time to listen, always had a story to tell and always had candy to share.

Arvid was predeceased by his parents Alex and Alvina and his brother and best friend Herb.  Herb’s family had a special place in his heart – sister-in-law and piano partner Betty, their children Curtis (Connie), Calvin (Karen), Corinne (Glenn) and their families.  He was also predeceased by Doreen’s family, parents Alfred and Elvira Drawson; brother Don who is survived by his wife Virgi.

Arvid was born in Winnipeg on February 1, 1923 and spent his life in the place he loved – his Lac du Bonnet home.  From the banks of the Winnipeg River, he kept tabs on the planes, boats and pelicans, taught all of us how to swim and skate, and hosted the best July 1st Fireworks parties. As a young man he proudly served in WWII with the RCAF Bomber Command, forming friendships that lasted a lifetime.  Arvid returned home to his career with the Manitoba Air Division where he worked his way up through the ranks, retiring as Maintenance Superintendent in 1983 after 42 years of dedicated service.  He swept Doreen off her feet in 1947, convincing her to marry him on June 4.  Dad and Mom often entertained us with stories of their adventures living in a tent while based on Forestry Island in Norway House during their first few summers of marriage.  Arvid was a proud Life Member of the Royal Canadian Legion Lac du Bonnet Branch #164, holding many offices over the years.  He was also a Founding Member of the Commonwealth Air Training Plan Museum in Brandon, Mb. Upon retirement Dad and Mom traveled extensively to warmer climates, provided ‘Grand Central Station’ for their growing mob of grandkids, cheered them on through countless hockey and ringette games, and were loyal armchair fans of the Bombers and Jets.

The family would like to thank the kind and patient staff at the Lac du Bonnet Personal Care Home for the tender loving care they showed Arvid over the past year.  Thank you to the dedicated Home Care Workers who assisted Dad and Mom, enabling him to stay at home for as long as he did.  Our thanks as well to Dr. Bruneau for always being there for our family.

A celebration to honour Arvid’s life will be held on Friday, October 2 at the Lac du Bonnet Legion Hall at 1:00 p.m., Reverend John Giroux officiating.  If so inclined, donations in his memory can be made to the Lac du Bonnet Personal Care Home or the Lac du Bonnet Community Center.  Flowers gratefully declined.

His weary hours and days of pain,

His troubled nights are past;

And in our aching hearts we know

He has found sweet rest at last.

Offer Condolence for the family of Arvid Norman Dancyt