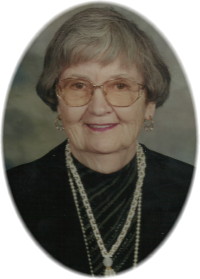 Peacefully on March 24, 2014, after a long battle with dementia, the angels wrapped their arms around our mother to take her home.  She is survived by son Gary Koslack, and daughter Pat (Joe) Lesko, granddaughters Joanne (Chris) and Marla and great grandson Nik.  She will also be remembered by sisters in-law Vera Kielback of Ottawa, Marie Nutt of Windsor, “honourary” grandson Michael Laudij of Toronto, special friend Pauline Uskoski and numerous cousins, nieces, nephews and friends.  Audrey was predeceased by her husband Pat in 1970 and partner Russell in 1989.  As the last surviving member of her siblings, she was also predeceased by her 3 brothers Joe, Eddie and Alvin and by her 2 sisters Isabel Kubish and Marguerite Lachowski.

Born at home to Edward and Katherine Keilback on November 6, 1921, she was raised on the family farm and educated in Beausejour.  After marrying our father in 1941, Mom spent time in Toronto where she worked in a war factory and then in Vernon, B.C.  They also lived for 4 years in Windsor, ON where son Gary was born.

At a time when most women were not employed outside the home, Mom helped our father operate the Beausejour Pool Room and later the Beausejour Taxi.  She also worked as a waitress at Marion’s Restaurant and as a sales clerk at Kaatz’s Food.

After our father’s death rocked her world, she fulfilled a lifelong dream to be a nurse.  At the age of 49, she went back to school to obtain her GED, then onto Red River College where she graduated as a licensed practical nurse in 1972.  She was then employed at Beausejour General Hospital until she retired in 1986.  Audrey loved to travel and spend time at the family cottage at Dorothy Lake.  That was just a small taste of who our mother was-a vibrant, feisty, energetic, strong-willed, opinionated, fiercely independent woman who was also an outgoing social butterfly, a charmer, an avid card player, our own “Mrs. Clean”, a woman who dressed with style and flair, a strong Catholic and a generous, loving mother and grandmother with a soft heart who doted on and spoiled her children and granddaughters.  So many sides to a complex woman.

We love her and we will miss her greatly.

Many thanks to the staff at East Gate Lodge for their loving care and for their many kindnesses to our mother and to our family.

In lieu of flowers, donations may be made to East Gate Lodge, Recreation Dept., Box 1690, Beausejour, MB R0E 0C0 or to a charity of your choice.

Offer Condolence for the family of Audrey Koslack (nee Keilback)