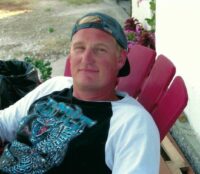 It is with deep sorrow that we announce the passing of our son Benjamin Arron Havelock in Terrace B.C.  Ben died in his sleep after a lengthy illness.  He was 42 years old.

He was predeceased by his uncle George Phipps and auntie Olga Havelock.

Offer Condolence for the family of Benjamin Arron Havelock