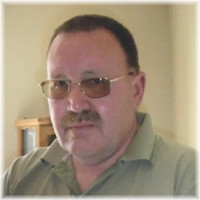 It is with broken hearts we announce the passing of our beloved father, grandfather, brother, and friend Brian Bert McDougald at the Whitemouth PCH on Saturday, March 28th, 2020 at the age of 76.

He will be lovingly remembered by his children Laura (Neil), Duncan (Tammy), his grandchildren Julia, Jacob, Ava, Cali, & Noah, his siblings Donald (Bev), Dona, Irene (Dan), and Mary, along with numerous close family and friends.  As per Brian’s wishes, cremation has taken place and he will join June in the municipal columbarium.  A celebration of his life will be held when we are again able to gather as a community.

Brian was born in Whitemouth in 1943 and other than some early years growing up in Vivian, Whitemouth was home.  Brian was a true entrepreneur at heart with his first business being the Esso Service Station where he met June who worked in the attached restaurant.  He then moved on to operate the Esso bulk fuel dealership and then found his true calling in the hardware business where he and June spent 32 years together serving the community. They were an amazing team, each carrying the other with their respective strengths until June passed of breast cancer in 2001.  Even when Brian sold the hardware store in 2009, always the businessman, he purchased the Whitemouth trailer park which he ran until his passing.  In 2004 Brian was diagnosed with Parkinson’s which every year made life a bit more difficult for him.  He was able to live in his own home until January 2019 with the help of support staff. His amazing neighbours always had an eye out for his safety and were willing to help with anything he needed. For everything Don Bilenduke and Mike Kozak did to help Brian, we’re forever grateful.  Thank you is not enough!

Many thanks to the doctors and staff at the Pinawa Hospital where Brian spent 5 months and to the Whitemouth PCH staff for their care and compassion during his last 8 months.

In lieu of flowers, donations in Brian’s memory can be made to the Whitemouth Lions Club, Box 334, Whitemouth, MB R0E 2G0

Offer Condolence for the family of Brian Bert McDougald