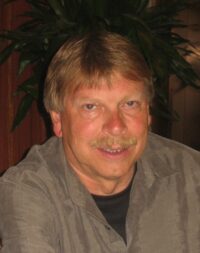 Unexpectedly, with great sadness, we announce the sudden passing of Bryan George Beger, beloved brother, uncle and friend, on Sunday, January 30, 2022 at the Beausejour Hospital, at the age of 64.

Bryan is survived and sadly mourned by his best friend Ryan Sinclair; brother Glen (Debbie), their children Melissa, Darryl (Micheline) and their daughter Brielle, Kurtis (Amy), and Emily (Tanner); sister Cheryl Riopka and her son Josh; and sister Lori Stelmaschuk; as well as special friends Andy and Jan and Ron and Maria, along with many others who know who they are.

Bryan was pre-deceased by his beloved wife Maureen (nee Anderson), his parents Herb and Elsie Beger, and his brother-in-law Mike Stelmaschuk.

Bryan was born on April 28, 1957 in Beausejour, Manitoba.  He became a journeyman electrician and started Northeastern Electric at the young age of 21, which he ran successfully until he joined the Office of the Fire Commissioner in 2007.  In November of 2015, Bryan joined Manitoba Hydro as an electrical inspector for the eastern region, and was a highly-regarded co-worker with a wealth of knowledge and expertise.

Bryan was a very community-minded individual and was active and served on the boards of the Brokenhead River Recreational Complex and the Canadian Power Toboggan Championships, to name a few, where he devoted countless hours of volunteer work over the years.

One of Bryan’s true joys in life was travelling the world.  He loved and travelled to many warm southern destinations.  His curious mind also took him to places such as China, Egypt, Dubai, and numerous trips all over Europe.  He was especially looking forward to an upcoming Mediterranean adventure to celebrate his retirement, which he unfortunately never got to do.

We will miss you dearly, Bryan.  Rest in peace with Maureen by your side.  It’s not “Goodbye,” it’s “See you later, till we meet again.”

Due to Covid restrictions, a celebration of Bryan’s life will be announced at a later date.

Offer Condolence for the family of Bryan George Beger