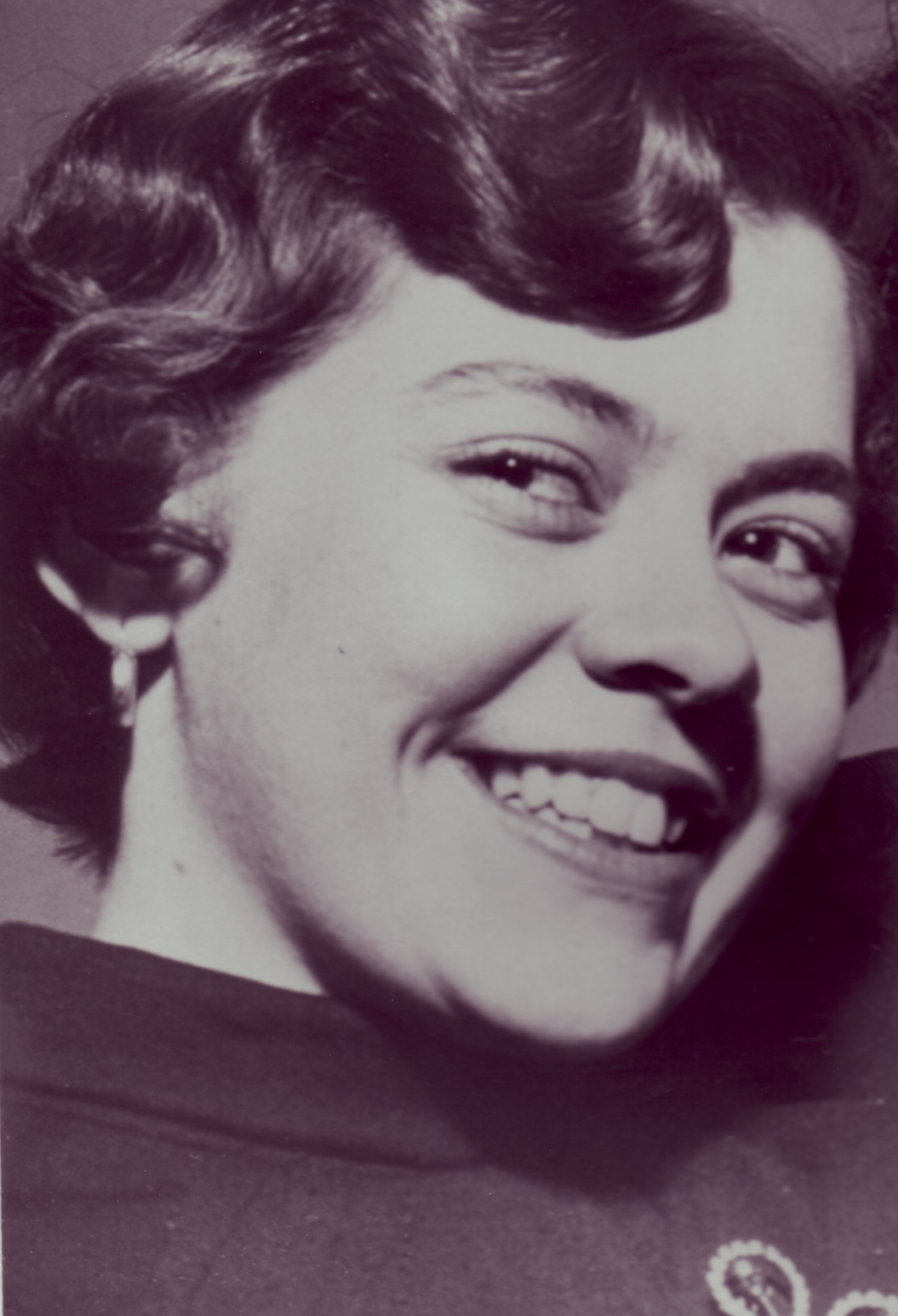 Cecile Rose-Alma Schmidt (nee Grey) passed away peacefully in Pinawa on February 24.  She was born in Ottawa on April 18, 1930, to Vincent De Paul Grey and Evelyne Sarazin.

She leaves her husband, Walter, with whom she celebrated 60 years of marriage in May, 2011, and her daughters: Dr. Karen Wagner (Michael) in Regina, and Diane, LLB, (James) in Newmarket, ON.  She leaves 3 brothers: Walter Grey (Terry) in Ottawa, Dr. Arthur Grey (Estelle) in Georgetown, ON and Donald Grey (Pamela) in Sackville, NB. She leaves a sister, Irene, in Nanaimo, BC and was predeceased by a sister, Claire, and a brother-in-law, Dr. Lloyd Hanley, in Nanaimo.

Cecile’s Father was one of the 100,000 orphaned and abandoned English children sent to Canada during the period 1870-1948 and placed on farms mainly in the Maritimes, Quebec and eastern Ontario.  Many were neglected and mistreated. The British government formally apologized to their descendants in 2010.

Her Mother was a direct descendant of a French botanist named Michael Sarazin who came from Paris to Quebec City in 1685.  The Sarazin descendants have since dispersed throughout Canada and many have blended with people of other racial origins.  Cecile’s own extended family now includes people of German, Ukrainian and Metis origin.  She welcomed and treasured them all.

Cecile was educated in French at the Rideau Street Convent in Ottawa and The Lafortune School of Business.  She graduated as a bilingual Administrative Assistant.  Her first job was with the Public Service in the Civil Aviation Division of the Department of Transport.  She was required to be familiar with the Link Trainer as an aid to pilot training but crashed during her first lesson, according to her instruments.  True to her nature, she persisted and eventually mastered the Trainer.

In the Winter of 1953 she was persuaded to enter a Beauty contest of contestants from throughout the Public Service in Ottawa for the Title of Miss Public Service.  This was to be judged on business-like appearance as well as beauty.  She entered as Miss Department of Transport and was surprised to win second place in a group of 18 contestants.  For this she had her photograph and biography featured in the City newspapers.

In October, 1962, she moved to her husband’s home province of Manitoba to become the first woman employee of Atomic Energy of Canada on the construction site of the Whiteshell Nuclear Research Establishment.  Thirty-one years later she retired from AECL in October, 1993.

During this period in her life she would sadly watch her children leave home for higher education and later watch joyfully as they graduated with distinction.  Eventually she would have the two grandchildren she adored from infancy to young womanhood.  Kristin and Erin Wagner in Regina have inherited her dark eyes and we know a bit of her will live on in them, and in generations yet unborn.

Cecile was a truly good person who believed in modesty, often rebuking her husband for bragging about his children and grandchildren, working hard and earning her salary and in doing the right thing, according to her conscience, at all times.  She loved her own and her husband’s family beyond measure, and would happily deprive herself of any luxury so that they might have whatever they needed.

She loved Spring and the Easter season.  Though she did not consider herself a devout Roman Catholic, she insisted on the observance of Good Friday, the Resurrection and the promise of life Everlasting.  We pray that she may be granted her richly deserved reward.

In lieu of flowers, please make a donation in Cecile’s memory to a charity of your choice.

Memorial Service for Cecile will be held at 1:00 p.m., Tuesday, March 6 at Sobering Funeral Chapel, 1035 Park Ave. E. in Beausejour.

Offer Condolence for the family of Cecile Rose-Alma Schmidt