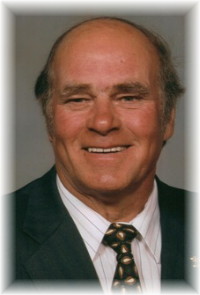 It is with profound love and sadness that we mourn the loss of our beloved husband and father Charles (Chuck) Neduzak of Beausejour MB. Chuck passed away peacefully at the Beausejour Hospital on Tuesday, June 24, 2014 as a result of complications following surgery. He was 83 years and 10 months old.

Chuck was born in Garson, MB on August 30, 1930. He was predeceased by his parents Frank and Julia, his five sisters, Jean Gretsinger, Louise Neduzak, Phyllis McColl, Fran Larney, and Judy Okalita. He will be lovingly remembered by his devoted wife of 58 years Linda, son Dale (Gizele) and daughter Carolynn (Carrie).

Chuck enjoyed a full life, giving more than taking, he achieved an admirable record. He was always more concerned more about other people’s welfare than his own. While still a youth, Chuck saved a boy from drowning at the Garson Quarries. Being handsome and energetic, it didn’t take Chuck long to find a wife and a career. After various odd jobs, he settled on being an Ironworker, a very demanding occupation, both physically and mentally.  Chuck moved quickly to being a foreman, using his great skills with handling people and tough situations. Over the course of a 40 year career of constructing permanent iron structures all across Canada, Chuck acquired expertise and a reputation of being a professional in all circumstances. Examples of his work include the Hydro transmission tower line from Gillam to Winnipeg, Grand Rapids, Jenpeg, Kelsey, Kettle, Limestone, Seven Sisters generating stations in Manitoba, the Richardson tower, Air Canada hangar and old Blue Bombers football stadium in Winnipeg and countless other bridges and steel structures around the province. One of the things that was pointed out to Chuck was that he never  had a fall or accident while routinely climbing up to 300 vertical feet on unfinished steel structures, maneuvering heavy steel into position and always being in danger. Chuck just dismissed the fact by saying it was part of the job to be safe.

Chuck met his attractive wife, Linda, and soon had a family on the way. Son Dale was born In Thunder Bay, Ontario and thereafter they moving permanently to build a home in Beausejour. Next came the absolute joy of Chuck’s life, his daughter Carolynn was born. Carrie’s handicap never once stopped him from loving and giving his entire life’s devotion to her care and nurturing. This was his life’s greatest achievement! He was the most fantastic father and husband, always putting himself last in order of importance.

Chuck enjoyed many activities and was unselfish in his donation of time. He was a devoted member of Grace Lutheran church in Beausejour serving as an elder, a volunteer at the snowmobile races and a great supporter of Beausejour Association of Community Living [ACL] and various other worthy causes. Chuck made many cherished friends, too many to list, but notably Roger Mroz and family. He loved getting together with family in Garson and attending social events because he loved being with people. One of his finest attributes was his smooth, subtle sense of humor, always there, just beneath the surface, to pop out when the situation arose, to amuse everyone. The twinkle in his eyes told you he had scored again, giving more than taking.

Chuck fought a lifelong battle with various health problems, conquered them all with courage and determination to live a long life so he could be with his family. So it is with joy and happiness, and no regrets, that we say goodbye and thank Chuck for making the world a better place with his presence.

Many thanks go to Dr. Zeiler and Dr. Askarifar for their dedicated and professional care. Thanks also go to the staff at Beausejour Hospital and Health Sciences Centre for their compassionate care and attention.

Offer Condolence for the family of Charles Carl Neduzak