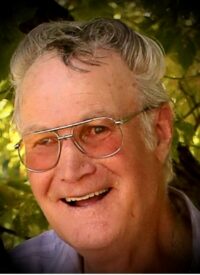 Chris left us quietly, just as he lived, on Monday morning at home according to his wishes in Lac du Bonnet, March 14th, 2022

He was born 85 years ago in Winnipeg on April 6th, 1936 to his parents Christopher and Catherine. He is survived by his wife Netta, his sons Patrick and Jason, daughter-in-law Melissa and his grandchildren Patrica (Kirk), Dustin (Tara), Kirsten, Jayden, Mattias and Thorsten (Carleigh) and his brother Howard (Betty) his sisters-in-law, Maryanne and Evelyn and brother-in-law Peter. He is also survived by numerous nieces and nephews who will always remember him with fondness. He was predeceased by his parents, his son Carson, his sisters Eli and Marian and his brothers James and his wife Suzi, George and Gerald and his brother-in-law Robert.

Chris grew up in the countryside on a small farm outside of Lac du Bonnet and loved to share his experiences growing up there with his family. Times were tough but he loved it. He was a hard worker all his life and started out farming, cutting pulp wood for Abitibi and a little later working up north on geophysical surveying and exploration. He assisted in much of the survey done for the now city of Thompson long before it became a city. At that time it was just a few buildings in the bush and the mine. He also worked on the survey and clearing of lots in the town of Pinawa and some of the land surrounding the AECL plant-site prior to being employed there in the stores department for the next 30 years.

He and Netta married in 1964 and by1966 had started their family. In order to be at home and closer to his family he started working for AECL and farming grain and cattle. He worked full-time at both of these jobs for many years. He always said they were good years and he thrived on it. He was sometimes asked when he retired why he didn’t take it a little easier and maybe even travel a little bit. His response was that he had no interest in travelling, “it is great right here, I have no wish to go anywhere else and the work I do is because I enjoy it.” He loved animals and they seemed to love him back. Over the years he was often asked to assist the local vet and to help the neighbours if their animals were in difficulty. He was a good friend and neighbour and it was well known that if you needed a hand you could depend on him to help. Upon retirement when most people like to take it easy Chris went to work as a maintenance man for a local family for the next 15 years

Chris was a good man, the salt of the earth and we will miss him so much. He loved his family and they loved him in return, he would do anything for them. He has left a huge hole in our hearts and big shoes to fill.

At this time we the family would also like to thank the LduB Home Care workers, the Home Care nurses and the Palliative Care team for their help over the last couple of months. Without their help we would not have been able to grant Chris his wish to remain at home. We will be forever grateful.

According to his wishes there will not be a formal funeral service. We will have a small family celebration of life later this spring/summer when we inter his ashes beside his beloved son Carson.

Offer Condolence for the family of Christian Christianson Balness