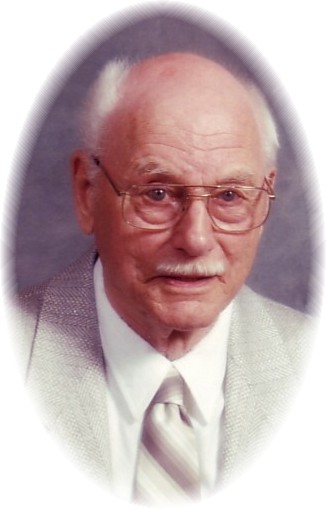 Cliff leaves his wife Frances of 65 years of marriage and his daughter Dianne (her husband Stan Kruk). He was predeceased by his parents Nels and Dollie Rasmussen, sister Elsie Cramp and brother-in-law Ted Cramp.

Cliff was born in Wellwood, MB and educated in Carberry, MB.

Cliff joined the 1st Hussars of the Canadian Army, sent overseas to serve his country in WWII, was in Europe for 4 ½ years. Dad was in the 1st Battalion that arrived on the beaches of Normandy, now know as Juno Beach. Dad’s name is inscripted on the Commemorative Wall at Juno Beach. Upon his return to Canada, he married the loved of his life, Frances Taras on July 9, 1946. They then moved to Eriksdale, then in 1950, moved to Transcona, where Dad resided until his passing.

Cliff was employed by Domtar, then started at the Transcona School Division in 1965, retiring in June of 1983. In retirement, Dad continued woodworking, his specialty being communion boxes and clocks; gardening, travel in Manitoba and his word search puzzles.

The family would like to thank Dr. David Marsh for 45 years as his physician, Dr. Old, Pan Am Clinic, Dr Isaac, Dr Henry, Dr. Homik and all the medical staff on NI South Concordia Hospital for the excellent care, support and compassion for the past 5 weeks. A special thank you to Fr. Owen Steeves for his compassion and guidance during this time.

In lieu of flowers, if friends and family so desire, donations may be made to a charity of one’s choice.

Offer Condolence for the family of Clifford Nelson Rasmussen