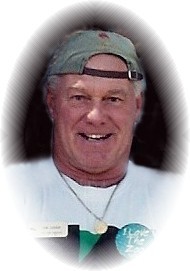 Cor was born in Rotterdam, The Netherlands. He is predeceased by his parents by many years and has a brother, Franz currently living in Zeeland, The Netherlands and a sister Helena also from The Netherlands. Growing up in the Netherlands during WWII was difficult due to the lack of food so many of the children, including Cor, were sent to live on farms and were separated from their families for extended periods. However, the war eventually ended and he got an education.

He began his career at the Rotterdam Zoo. In 1964, he made the decision to immigrate to Canada. Cor remained here in Winnipeg to start a long and rewarding career with the Winnipeg Zoo. He had a love and understanding of the animal kingdom like no other. During these early years he was a regular on the“Uncle Bob” T.V. show, showcasing various animals from the zoo. He had such a wide array of talents and interests. From constructing tables and other trinkets out of interesting tree roots, to jewellery making. He was seldom idol and always had some project on the go. For many years, Cor helped out atthe International Fur Factory, skinning bears, wolves and whatever was asked of him. He would preserve the skulls of some of these animals and keep them to show to the kids at Zoo Camp. Another one of his interests – teaching the children in summer Zoo Camp’ a hugely popular camp at the Winnipeg Zoo.

Cor loved to travel to exotic places, sometimes he would fit in some work at a zoo at a destination or travel by an unconventional means. He crossed the Atlantic as a passenger on a Merchant Marine Ship.  Several winters he spent in Hawaii, a favorite destination. Sometimes he could be found volunteering at the Honolulu Zoo and more often than not he’d be at the beach either in the water or with friends on a Catamaran. One winter, his travels took him to St. Marten in the Caribbean to help restore a zoo. He made several road trips to Vancouver and California, visiting friends along the way. He made time for return trips to the Netherlands over the years as well.

A true outdoorsman – Cor moved to Lac du Bonnet, MB where he could plant a garden, have a work shop for his many hobbies and fish the lake whenever he desired.

Offer Condolence for the family of Cor Janson