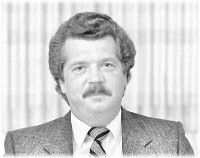 It is with great sadness that the family of Curtis Charles Ronald Robinson announces his sudden passing on Tuesday 22 December 2020, at the age of 70 years old. Curtis was pre-deceased by his parents Bill and Irene Robinson (nee Trapp). Curtis will be greatly missed by his sons William and Daniel, his brothers Coleman (Laurel), Chuck (Jane), Corey (Deb), sisters Lorinda, and Lucain (Darcy), his nieces and nephews, and all those that have known him over the years.

Curtis was born December 9th 1950, being the first child to his parents Bill and Irene. Throughout his childhood, Curtis always had a passion for understanding how things worked, particularly in science and technology. Curtis’s love for technology later influenced his decision to enlist in the Royal Canadian Navy as a radar operator. When Curtis discharged from the Navy, he immersed himself in the information technology sector where he worked on computer systems and data management until his retirement.

Outside of work, Curtis had many passions. His love for strategic games meant he could often be found playing chess with his sons, cribbage at family reunions, billiards over a beer at the bar, and poker at the Beausejour community poker tournaments. Curtis enjoyed staying active through long afternoon bike rides and tennis matches with his sons, and loved cheering on the Jets. At night, Curtis enjoyed looking up at the stars, wondering about the origins of the universe, and teaching his sons all about the mysteries that surrounds our earth.

While Curtis has left his body and this world behind, his essence and character will always remain for those that have known him. His resilience will forever shine in the face of pain and adversity. His strength will always overcome weakness. And his wit and humor will always make a smile overcome hardships.

In lieu of flowers, donations in Curtis’s honour can be made to a charity of your choice in his name.

Offer Condolence for the family of Curtis Robinson