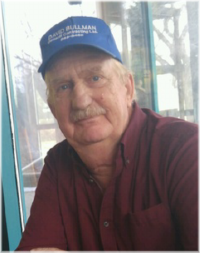 After a valiant battle with cancer it is with great sadness that we announce the passing of our beloved husband, father, papa, brother, uncle and friend, David Bullman on Saturday, November 25, 2017.

David was raised on a dairy farm in Lydiatt, MB along with his two siblings.  After high school, David attended MIT where he studied for masonry trade.  Later David, along with Linda, started David Bullman General Contracting which their two sons later joined.  He loved and took great pride in his work which he continued till his sickness forced him to stop.

A special thanks to Dr. Szwajcer and Sherese of CancerCare Manitoba, staff of GD6 and Selkirk Cancer Care Staff, Dr. Partyka and wonderful supportive home care staff, especially Jenille, and palliative care team that made it possible to grant David’s wishes to remain home during his illness.   A special thanks to Zenda and Alvin for all the advice and late-night calls.

A celebration of Dave’s life will be held on Friday, December 1 at 1:00 p.m. at the Brokenhead River Community Hall, 320 Veterans Lane, Beausejour.   A private interment will take place at a later date.

In lieu of flowers, if friends and family so desire, donations in Dave’s memory may be made to CancerCare Manitoba, 675 McDermot Avenue, Winnipeg, MB  R3E 0V9.

Offer Condolence for the family of David Bullman