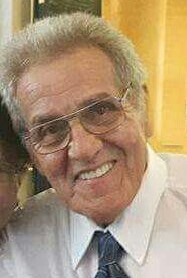 Wake Service will be held on Friday, October 27 at 4:00 p.m. at Fort Alexander Roman Catholic Church.  Funeral Liturgy will be celebrated on Monday, October 30 at 2:00 p.m., also at the church.

In lieu of flowers, donations may be made to David’s wife, Madeline Houston, Box 671, Pine Falls, MB R0E 1M0.

Offer Condolence for the family of David Ronald Houston