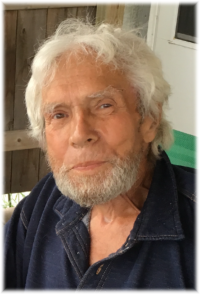 Dave was born in Prince George, BC on August 12, 1938.  He was predeceased by his mother Alice Irene Taylor (nee Wallis), after which he was raised by his grandparents Charlotte (Lottie) (nee Hamilton) and Oliver Cromwell Wallis, who, along with his father Robert James Taylor, also predeceased him.

Dave is survived by June Fedorowich, whom he married in 1979.  Their life together offered him his heart’s desire to raise children and enjoy a large family including many grandchildren and great grandchildren.

Dave retired as Sargent from the Canadian Armed forces in 1985 where he worked as a radar technician for 25 years.  After retirement, Dave operated a window and glass business in Sioux Lookout, ON for many years.

Dave’s storytelling and sense of humour will be missed by his family, friends and all his coffee buddies.  Dave was a tenacious, stubborn man who was determined to survive his doctor’s prediction of not “making it” to his 81st birthday and he did!

We would like to thank his palliative care team and staff at Riverview Health Centre.  Words cannot fully express how much Dave appreciated every visit and the care he received from his family and friends during his last few weeks.

Join us for a memorial service at Sobering Funeral Chapel, 1035 Park Ave East, Beausejour MB, at 1:00 pm on Thursday the 5th of September, 2019.

In lieu of flowers, do consider making a donation to the Winnipeg Humane Society in Dave’s name.

Offer Condolence for the family of David Barry Taylor (Wallis)