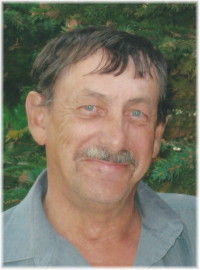 With our deepest sorrow we announce the passing of Dave, our beloved husband, father and grandfather on January 20, 2016.

Dave loved his career as a Journeyman Lineman building powerlines in several provinces in Canada and the United States.  He had a special place in his heart for his grandson Jaron and his faithful dog Cheree Bear.

Dave also had many talents which included automotive skills, carpentry, electrical, plumbing and cooking awesome meals.  He could do it all.

Dave – we miss you so much.  Love you Always.

In lieu of flowers donations may be left in his memory to the Beausejour Hospital, Box 1178, Beausejour, MB R0E 0C0.

A Memorial Service will be held at 11:00 a.m. on Tuesday, January 26 at Sobering Funeral Chapel in Beausejour, MB.

Offer Condolence for the family of David Worone