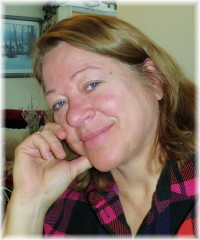 It is with great sadness that we announce the death of Diane Elizabeth James. Pioneering Paramedic, International driving instructor, and dearly missed and loved mother. Diane passed away at St. Boniface Hospital on Wednesday, June 12, 2019.

Diane was born to Leslie and Irmaguard James (Nee Loeb) in 1952 and was raised on the family farm along with her older brother Wayne and younger brother Wesley. It was a time when neighbours helped each other, and she grew to believing in helping others and looking out for her neighbours. This led to her becoming a lifelong New Democrat, and she worked on campaigns for Tommy Douglas and Ed Schreyer.

Diane, along with her brothers, attended the one room Lydiatt schoolhouse. Diane excelled and was a mentor to her younger classmates.

She excelled at sports.  Track was a passion and she broke several provincial records.  She was an anchor on the University of Winnipeg’s field hockey team and was a fierce competitor on the racquetball court.

Diane had a caring heart, and despite her enjoyment of archaeology, and environmental studies in university, she became a Paramedic, graduating from Conestoga College in Ontario. Diane braved rampant sexism and discrimination as one of the very first female Paramedics. Many at the time thought women were simply not capable of doing the job. Despite being held to a nearly impossible standard, she proved them wrong. She worked primarily out of Guelph and Pembroke, Ontario in the 1970’s and 80’s. Diane became an air ambulance flight medic as well before she left the front lines.

Having seen tragic death and injury on Canada’s highways, Diane decided to use the skills she had developed as an emergency vehicle operator and created the Emergency Vehicle Operators Course.

Diane created Dimar Training Systems Inc., a driver education company, where she again confronted sexism and discrimination head on. Diane and her instructor team went on to teach RCMP, Winnipeg Police, California State Troopers, and many Ambulance services across North America as well as many public clients. As little as 3 weeks ago, a former student told her that the skills he had learned in her course had saved his life.

Diane’s skills as a driver got her noticed by STP, and she was offered sponsorship as a race car driver. However, she turned it down because motor sport was still very deadly at the time, and she didn’t want her parents to watch races knowing it could be her last.  It was through her Driver Education career she met her husband Dan Franklin. Dan owned his own ambulance service in Texas and wanted the best training for his staff; he came north to take her course and never left.

Diane returned home to Beausejour, Manitoba, and after years of teaching she transitioned into a career as a Corrections Officer at Milner Ridge.

In 2003, while at home on her back deck, Diane was attacked by a rabid bear. She fought it off by herself, and despite her injuries managed to make it to the neighbours, who took her to the hospital and shot the bear. Unfortunately, the bear attack left Diane with lasting physical and mental trauma that remained with her for the rest of her life.

Diane recently retired, however she was not able to enjoy retirement long as she was taken too soon from this world, one month before the wedding of her son Leslie James and his fiancée Jasmin Pelayo.

Offer Condolence for the family of Diane James