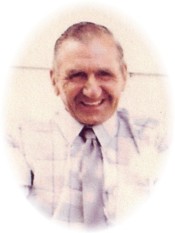 Peacefully in his sleep on Sunday, January 17, 2010, Dad joined the love of his life in their heavenly home in his 93rd year.

We wish to thank Dr. Fred Zeiler and all the staff at the Beausejour Hospital for the long months of care given to Dad and to the staff at East Gate Lodge for making his last few days pleasant and welcoming.

Funeral Services for Dad will be held at 3:00 p.m. on Saturday, January 23 at Sobering Funeral Chapel, 1035 Park Avenue East, Beausejour, MB with viewing one hour prior to the service. Interment will follow in the Beausejour Town Cemetery.

Offer Condolence for the family of Diedrich (Dick) Falk