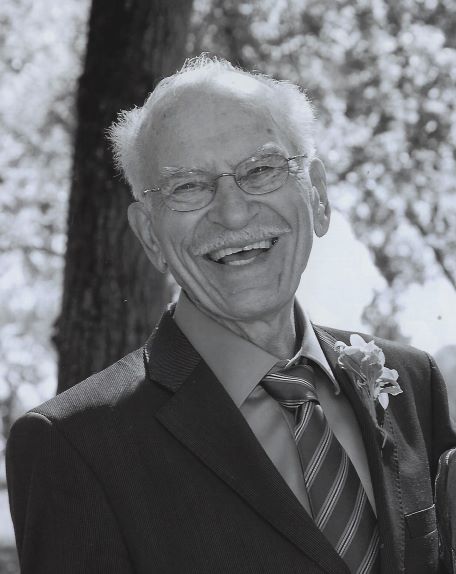 Surrounded by his loving family, our hero received his eternal wings and made his journey to paradise on September 21, 2022 in the early morning.

Don was welcomed into this world on May 20,1929 in the small town of Storthoaks, Saskatchewan. He was 1 of 7 kids in the Mann clan and spent his childhood years in Storthoaks farming with his family and making the long 4-mile trek to school and back, rain or shine.

In 1954 Don met the absolute love of his life Lois, in Carievale Saskatchewan. He wasted no time and made her his bride in 1956. She was his everything and him hers as well. They began to build their life and family together in Bienfait, Saskatchewan.

Don worked for the Canadian Pacific Railway his entire career. Throughout his working years, Don moved his family across Saskatchewan and Manitoba, to towns such as Kennedy, Oxbow and Stonewall before making their final landing in the beautiful town of Beausejour Manitoba. Here the Mann’s built their dream home in 1973, and quickly became involved members of the community.

Don and Lois were always members of the United Church. When they moved to Beausejour, they followed suit and quickly became members of St.Pauls. Here is where they made many lifelong friendships and became Sunday regulars. Don was very involved with the church in many ways. He was a Core member of MGM, right alongside his coffee buddies Gord and Gib, creating sets or selling tickets for Haystack, and setting endless chairs for fall suppers and gatherings.

Don was a lover of many things in life. He enjoyed traveling with his wife Lois to many places including PEI, England, Alaska, and more. They always enjoyed caravanning to Calgary and BC to visit Kurt, Kev and family. Dad enjoyed spending time at his family’s cabins, helping with any fixer up jobs, and tinkering with anything he could. He was a sports fan through and through, He was the always first in the stands to watch his boys on the ice. He also never missed a Toronto Maple Leafs or Blue Jays game.

Gramps, a title cherished. He did anything and everything imaginable for his grandkids. He attended every event with that ear-to-ear grin and the proudest look on his face. He never missed a moment when it came to them, teaching all his values and making sure we never left his house without a big wet kiss and a smile on our face.

In 2007 Grandpa earned his favorite title yet, GG (Great Grandpa). His greats were his pride and joy. He loved to dance with all of his babies and read endless books. They could get away with absolutely anything as long as it didn’t involve them possibly getting hurt. His love for them didn’t know any bounds.

The family wishes to thank the wonderful teams of, The Beausejour Hospital, Beausejour First Responders, The Grace Hospital and all the compassionate care he received.

All of Dons family and friends are invited to attend his Celebration of Life, on Tuesday, September 27, 2022 at 1:00 pm. The celebration will be held at Soberings Funeral Chapel at 1035 Park Ave, Beausejour. Following the Celebration all are invited to join Don’s family for fellowship and refreshments at St. Pauls United Church at 730 James Ave, in Beausejour.

In lieu of flowers the family wishes for any donations to be made out to St.Pauls United Church, in memory of Don Mann.

In the words of our “Main Mann”, Keep smiling, Thumbs up, a high five and Bye for now.

Offer Condolence for the family of Donald (Don) Walter Mann