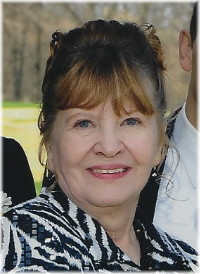 It is with great sadness that our family announces the sudden passing of our mother, grandmother and great grandmother on November 11, 2019 at the age of 77.

Dorothy was predeceased by her parents Robert and Hazel Laidlaw, her sister Heather; nephew Michael and great grandson Lukus.  She is survived by her daughter Debbie (Konrad) and son Bob (Sandy), her grandchildren Joseph (Joni), Kristan (David), Shanda (D.J.), Mark (Nicci) and Megan as well as several great grandchildren, her brother Jack, sister Alice and many nieces and nephews.

Dorothy grew up in Carleton Place, Ontario.  She was the youngest of 4 children and often spoke fondly about her siblings.  Dorothy was separated from her husband John, but they remained close through the years.  She would refer to John as her best friend.

She enjoyed skiing, and in recent years, spending time with her dogs.  She had a long real estate career though she thought she was too honest to be good at it.

Dorothy moved to Beausejour, MB to be closer to her daughter and grandchildren and enjoyed getting to know all her great grandchildren.

Our family would like to thank Dorothy’s neighbour and friend Rick for helping out in the last years.  We appreciate it and know she did as well.

Dorothy will be laid to rest with her parents in Carleton Place, Ontario.  A graveside service is planned.

Offer Condolence for the family of Dorothy Laidlaw