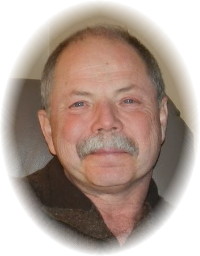 Mr. Doug Hall, aged 57 of Pinawa dearly beloved husband of Marlene passed away on Monday, March 25, 2013 at Pinawa Hospital. He is survived by his wife Marlene, adored daughters Jennifer, Tracey, Christine and Brandie and treasured grandchildren Sam, Zoe, Danny, Victoria, Dylan and Sophia, brothers Brian and David, many brothers and sisters in law, nieces and nephews.

He was predeceased by his mother Grace, dad Ken and grandson Wesley. Memorial Service was held at 7:00 p.m. on Monday, April 1 at F.W. Gilbert School, 33 Massey Ave. Pinawa Manitoba with Rev. Rob Murray officiating. Interment will follow at a later date in Kildonan Presbyterian Cemetery.

Doug’s long career at Josten’s Canada resulted in many achievements including making the medals for the 1988 Calgary Winter Olympics but it was the making of lifelong friends that meant the most to him. After a short time working for Tanco Mines, Doug found his calling in 2010 when he became the Operations Manager at the Ironwood in Pinawa. He felt blessed to be daily living out his dream. His work with the residents of the Ironwood became a true labour of love.

Doug, Marlene and the kids spent many wonderful years in their little place on Lee River fishing and restoring an old tub of a houseboat. The “Riparian Queen” was launched in 2001 providing many hours of family fun as “the Clampetts” rolled down the river.

During Doug’s illness many friends made a real difference with gifts of food, help and support. These kindnesses will never be forgotten. Special thanks to Dr. M Bruneau and the amazing staff of Pinawa Hospital, Rev. Rob Murray for always going above and beyond for Doug and Marlene.

In lieu of flowers, if friends and family so desire, donations in his memory may be made to the Pinawa Christian Fellowship directed to Missions or Kildonan Community Church Presbyterian World Service & Development.

Offer Condolence for the family of Douglas Hall