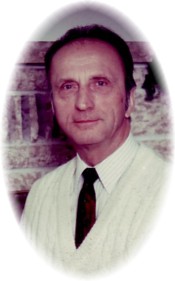 It is with great sadness that we announce the death of Abe Petkau. Dr. Abram Petkau is survived by his wife Jane, children David, Marilyn (Glenn), Heather (Colin), Brian and by his sisters Helen Janzen, Marianne Clarke and grandchildren Kelsey, Dane, Stephanie and Meagan as well as numerous nieces, nephews and friends. He was predeceased by his brother Henry and his sister Agnes.

Abe was born in Lowe Farm, Manitoba on June 1, 1930 where he attended a one room school for grades 1-9. He graduated from Hiebert School and went on to obtain a teaching certificate at Normal School. He taught for two years in country schools to save enough money to attend the University of Manitoba where he completed a Bachelor of Science and Master of Science (Physics) in 1956. He financed his studies by living on a shoestring budget and working summer jobs at a paper mill in northwestern Ontario and by marking papers for the Physics department. While attending medical school, he met Jane who was a student nurse and they were married in 1959. Abe graduated from medical school in 1960.

After completing his internship at the Winnipeg General Hospital, he was awarded a post-doctoral fellowship at Yale University in New Haven, Connecticut. Abe accepted a research position with Atomic Energy of Canada Limited (AECL) in 1962 and worked at the Chalk River Plant before moving to Pinawa where he became Head of the Medical Biophysics Branch. Abe, his wife and young children were among the earliest residents of Pinawa.

Dr. Petkau returned to medical practice at the Pinawa Medical Clinic in 1990 where he worked until November 30, 2010. He was dedicated to his research, his patients and his family. He loved intellectual challenges and derived great pleasure from learning. He was passionate about medicine and committed to his work. His faith was foundational to who he was. He saw God’s hand even in the smallest particles, remarking that the world at the molecular level was sheer beauty.

A memorial service will be held at 2:00 p.m. in the Pinawa Community Center Auditorium on Saturday, January 22, 2010.

In lieu of flowers, donations may be made in Abe’s memory to either the Heart and Stroke Foundation or to Wycliffe Bible Translators: 4316-10th Street N.E. Calgary, AB, T2E 6K3.

Offer Condolence for the family of Dr. Abe Petkau