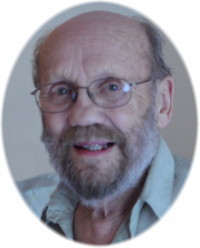 Dr. Opie, known as Bud to family and friends died peacefully at the Pinawa Hospital on February 16, 2014 after a brief illness.  He was predeceased in 2012 by his wife Dawn, his parents Ernest John and Dorothy Opie, and his sisters-in-law Joan Opie, Joan Aiken and Nona Cooper.  He will be sadly missed by his daughters Susan Opie (Rick Match) and Linda Altstadt (Glen), his grandchildren Naomi Scharer (Nik Heine) and Nick Scharer, his brother Jack Opie of Australia, his niece Tish Thomas (Robin) of Australia, his nephews Robert Opie (Gil) of England, Henry Aiken (Mirjam) of Holland, and his great nephews Mark Thomas (Michelle Stead) and David Thomas of Australia and his great niece Juliette Aiken of England.

Bud was born in Albany, New York on August 28, 1925.  His family emigrated to England in 1931, where he attended Tettenhall College.  During World War II Bud served with the U.S. 82nd Airborne Division during the critical Battle of the Ardennes in 1944-45 and took part in the liberation of Buchenwald concentration camp at the end of the war.

After the war, Bud attended medical school at Guy’s Hospital Medical School, University of London where he qualified as a doctor in 1952.  He met his wife Dawn at the tennis club shortly after the war, and they were married in London on December 6, 1952.  Bud and Dawn moved to North Wales in 1954 where he practiced medicine until they immigrated to Canada in 1965.  Bud was a dedicated rural doctor in Pinawa, Manitoba from 1965 to his retirement in 2004.  He received the Manitoba Medical Association Physician of the Year Award in 1998.

Bud was a skilled weaver, photographer, and gardener. He enjoyed clay pigeon shooting, fishing, and rally driving in North Wales.   He loved cooking and baking bread and buns.   He loved the peace and quiet of the farm that he and Dawn moved to in 1980.  Bud always had time to listen to friends, family members, and patients in need of his wisdom and compassion.  He will be sadly missed by his family, and the many friends, colleagues, and community members in and around the Pinawa area.

Bud’s family would like to thank the staff of the Pinawa Hospital for his care during his recent illness, as well as his many friends and neighbours who have been such an amazing support to him since the loss of his wife Dawn in 2012.

A Celebration of Life will be held Friday, February 28 at 1:00 p.m. at Sobering Funeral Chapel, 1035 Park Avenue East, Beausejour, MB.

In lieu of flowers, donations can be made to the Manitoba Forestry Association (Commemorative Trees), 900 Corydon, Winnipeg, MB, R3M 0Y4.  Trees will be planted at Sandilands Forest Discovery Centre in Bud’s name.