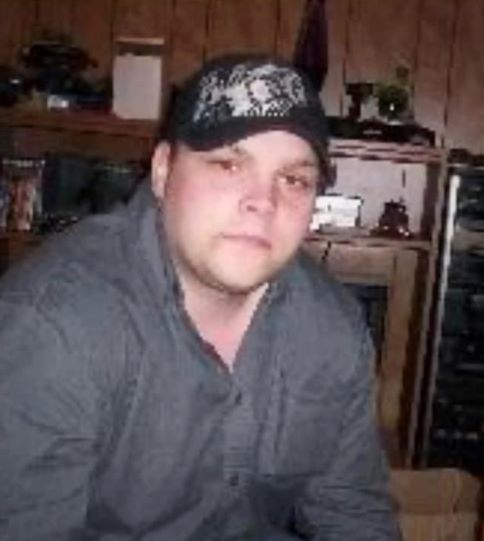 It is with great sadness that we announce the passing of our son, brother and Uncle Dustin at the age of 38, with his parents by his side.

Dustin was predeceased by his biological father Kenny Klos, his grandparents Nicholas and Helen Kowalchuk, Stanley and Jean Klos and Casimer Martini as well as many aunts and uncles.

Dustin grew up in the Beausejour area. His love of the country was shown through his ability to get dirty within seconds of being outside. He cherished his siblings, being the protective and loving big brother to Jonathan, Lorissa and Benny. He was a happy and mischievous son who loved getting his siblings in trouble. But would be there in a heartbeat if they ever needed him.

Dustin took pride in being a great friend to many. He loved ‘joyriding’ and speed, and was known for the many vehicles and snowmobiles he had throughout the years. He was a hilarious and fearless man.

It is impossible to capture a person in an obituary; especially someone who’s adult life was largely consumed by drug use and mental illness. But this wasn’t the only side of Dustin everyone knew. He was loving, strong and protective. His most recent months were spent trying to be clean and free from drugs and this shows how incredibly strong of a person he was.

While Dustin’s passing was unexpected, he struggled with addiction and mental health and for several years, his family feared that these struggles would take his life. His family will be forever grateful that when he passed, he was safe, with his family and with God.

We take comfort in knowing that Dustin is now at peace and free from the struggle that haunted him. If one person’s life is saved by Dustin’s story, we would tell it a million more times.

In lieu of flowers, donations can be made to a detox centre of your choice in Winnipeg in honour of Dustin.

Cremation has taken place, and a grave site service will be held at a future date.

“If you yourself are struggling from addiction, know that every breath is a fresh start. Know that hundreds of thousands of families who have lost someone to this disease are praying and rooting for you. Know that we believe with all our hearts that you can and will make it. It is never too late. Dustin would want everyone to know he’s rooting for you as well.”

Offer Condolence for the family of Dustin Kenneth Klos