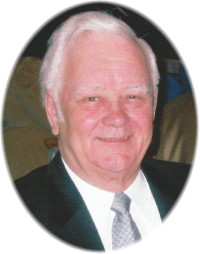 Eddie was born in St. Jean Baptiste, Manitoba in the beautiful Red River Valley known for its lush and fertile farm land.  He was incredibly proud of his French heritage and his ancestry from the Beaudette and Parent families.  First and foremost, Eddie was a family man.  He often worked long hours and took pride in the traditional values of providing for, and loving his family.  Eddie didn’t have a lazy bone in his body and taught us about the value of working hard and taking pride in our many blessings and accomplishments.  In fact, he didn’t really know how to relax until he retired for the third or fourth time.  Dad had a natural ability to do many things and had project management and multi-tasking down to a fine art.  He could build a house, take a washing machine apart, and more importantly, put it back together again.  There was the standard way of doing things and “the Eddie way” of doing things, which of course was preferable to the standard way.  He had a curiosity with no bounds which made him pretty interesting to have a conversation with.  He drove a taxi, worked in the mine in Red Lake until he fell down a shaft and broke his ankle, and loved his time working with Manitoba Highways designing and building roads.  When he retired from highways, he became the town administrator in Lac du Bonnet and put down deep roots in that community.  He was also proud to be a magistrate for over 10 years and thrived being available day and night for arraignments.  But most of all, Dad believed in the values of community service which culminated in him receiving a Lieutenant Governor “Make a Difference Community Service Award” in recognition of his significant contribution to the community through volunteer service, in 2005.  This was one of the proudest moments of Dad’s life.  Eddie was a man of great Catholic faith and he worked tirelessly to support his church and was a proud member of the Knights of Columbus for 66 years.  Later in his life, Eddie dedicated himself to taking care of Mom, the love of his life.  He also loved his three daughters and their families and was a never ending source of banking and investment advice.  Quite simply, he was always there.  Eddie left this earth on his own terms, just like he said he would, after a very brief stay in the departure lounge at the Pinawa hospital, where you couldn’t find more caring and compassionate staff.  To the end, he was stubborn and strong.  He was 87 years old when he died on May 17, 2014.

Dad did a lot of work to support the Canadian Blood Services organization.  If you are able, Dad would have wanted you to make a blood donation – the gift of life.

Offer Condolence for the family of Edmond “Eddie” Beaudette