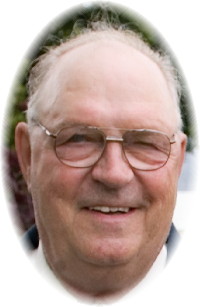 With heavy hearts we announce the passing of our beloved husband, father, grandfather and great grandfather, Edward George Knapp, in the early hours of February 23, 2015 at the age of 78.

Ed retired from Amsco in Selkirk, Manitoba in 2002.

In his early years, he owned and raced horses. Many days were spent at Assiniboia Downs. In his later years you could always catch him working in his garden in the summer and sitting with his buddy Chopper, whom he loved dearly.

Unfortunately, dementia snuck its way into Ed’s life. He spent 10 months at Beausejour Hospital until finding his final home at East-Gate Lodge in Beausejour in October of 2014.

The family would like to thank Dr. Partyka and Dr. VanRensburg and the staff of the Beausejour Hospital. Our hearts are filled with gratitude for the wonderful care he received while spending his remaining days at East-Gate Lodge. Your kindness and compassion during this difficult time will never be forgotten.

At Ed’s wishes, there will be no formal service. A private family viewing has been held and cremation has taken place.

“I know for certain that we never lose the people we love, even to death. They continue to participate in every act, thought and decision we make. Their love leaves an indelible imprint in our memories. We find comfort in knowing that our lives have been enriched by having shared their love.” – Leo F. Bascaglia

Offer Condolence for the family of Edward George Knapp