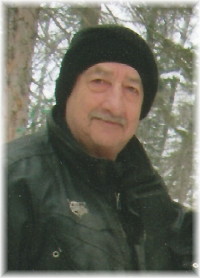 It is with great sadness that we announce the passing of our family member and good friend, Edward (Eddie) Evanko, at the age of 84.

Ed is survived by his stepson Dwayne Peters and cousins, Ron (Anna), Mike (Marilyn), Peter (Vanessa) and Christine (Doug).  He was predeceased by his parents, Ephram (Ed) and Julia.

Ed was born in Beausejour, Manitoba.  he was a very talented man; he liked to take things apart and fix them.  The more something stumped him, the more determined he was to fix it.

At an early age, Eddie acquired his pilot’s license and flew his own plane.  He worked for the airlines for over thirty years.  In these travels, he went all over.  In the earlier years he was a bush pilot up north.  While working for the airline, Eddie also farmed.  In his younger days, Eddie played in a band.  Eddie was the type of man who would drop his own work to help a neighbour fix their problem when needed and without question.

When Eddie retired, he settled down on his homestead farm in Tyndall.  He raised some cattle and made hay.  He continued to help his neighbours with whatever needed to be fixed.  Eddie had a collection of guns, which he loved.  One of his hobbies was going to the shooting range.

Through this difficult time, we would like to extend our appreciation to Ed’s friends and neighbours for helping with his animals.

As per the wishes of his family, cremation has taken place.  A Celebration of Life will be held on Tuesday, October 22 at 11:00 a.m. at Sobering Funeral Chapel.  Interment will follow in the Tyndall Cemetery.

Offer Condolence for the family of Edward Wallace Evanko