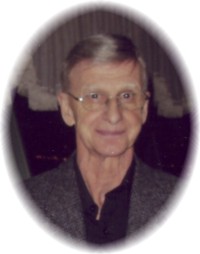 Ever so peacefully, God called Ernest Arni Rohloff home in the early morning hours on Wednesday, October 24, 2012 at Riverview Health Centre.  Ernie was born on February 26, 1934 in Winnipeg.  At the time of his passing he was 78 years old.  He will be sadly missed by his sister Doreen (Henry) Reske and several nieces and nephews and their families.

Ernie was a loyal and dedicated employee of the T. Eaton Company.  He worked there in several capacities for 42 years until he retired.  As a young man Ernie loved to travel and was an avid penpal writer.  His adventures included trips to South Africa, Egypt, Spain and Portugal as well as several other countries where he met and visited with his penpals.  It was on these trips that he exercised his interest in photography and filming.

Family was important to Ernie.  He looked after his mother Annie and brother Willie for several years.  Ernie had special relationships with his siblings, nieces and nephews.  He never forgot a birthday and hosted many Boxing Day celebrations where countless games of cards were played.  A visit with Ernie had to include a game of whist.

Ernie’s sense of humor, generosity and compassion for his family and friends will be truly missed.  He taught us how to be better people.

Ernie’s family wishes to extend their heartfelt thanks to the staff at the Riverview Health Centre, especially nurses Helen and Linda, for their expert care and compassion.

Donations may be made to Siloam Mission, 300 Princess Street, Winnipeg, MB R3B 1M3.

Offer Condolence for the family of Ernest Arni Rohloff