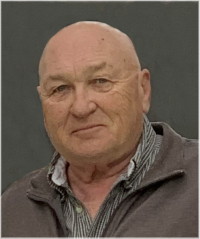 It is with heavy hearts we announce the sudden passing of our beloved father, grandpa and brother, Ervin Albert Trapp who passed away at his cabin on June 18, 2020 at the age of 79.

He was predeceased by his wife Marion, and his parents Anna and William.

He will be lovingly remembered by his daughter Tracy and son-in-law Todd, their children, Brayleigh and Spencer; daughter Marcy and son-in-law Bryan and their daughter Piper.  As well, he leaves his brother Harold, many nieces and nephews and Erv’s special lady friend Colleen.

Erv was born and raised in Brokenhead, MB.  He worked at Winnipeg Supply and ABCO Supply & Service for many years in several roles. Erv co-founded ALLCO Electrical, and later moved on to work as a project estimator for Madsen Electric. Erv was always “wheeling and dealing” to get the job done.  It is comforting to hear from past co-workers how well respected and liked he was in the electrical industry.

Erv and Marion married in 1966 and they raised their daughters in Winnipeg. Whether at home, or at the cabin, the Trapp home was always filled with love, laughter, parties with friends, and more than a little wine.

Erv enjoyed his cabin life, grandchildren, numerous lifelong friends including the horseshoe gang, the electrical crew, neighbors in the city and cabin, pals in Mexico and beyond.  In fact, Erv made friends where ever he went and always knew somebody everywhere.  As one of his good friends once said, Erv may not have been rich, but he was rich in friends.

So the next time you turn on a light that Erv installed, reach for that extra jar of screws he gave you or pick up a deck of cards for some Friday night hold ‘em, please raise a glass to Erv, and celebrate his life and friendship.

As per our father’s wishes, cremation has taken place and no formal service will be held.  We wish to thank our friends and family for all the love, support and stories we have received during this time. Flowers are gratefully declined.

Offer Condolence for the family of Ervin Albert Trapp