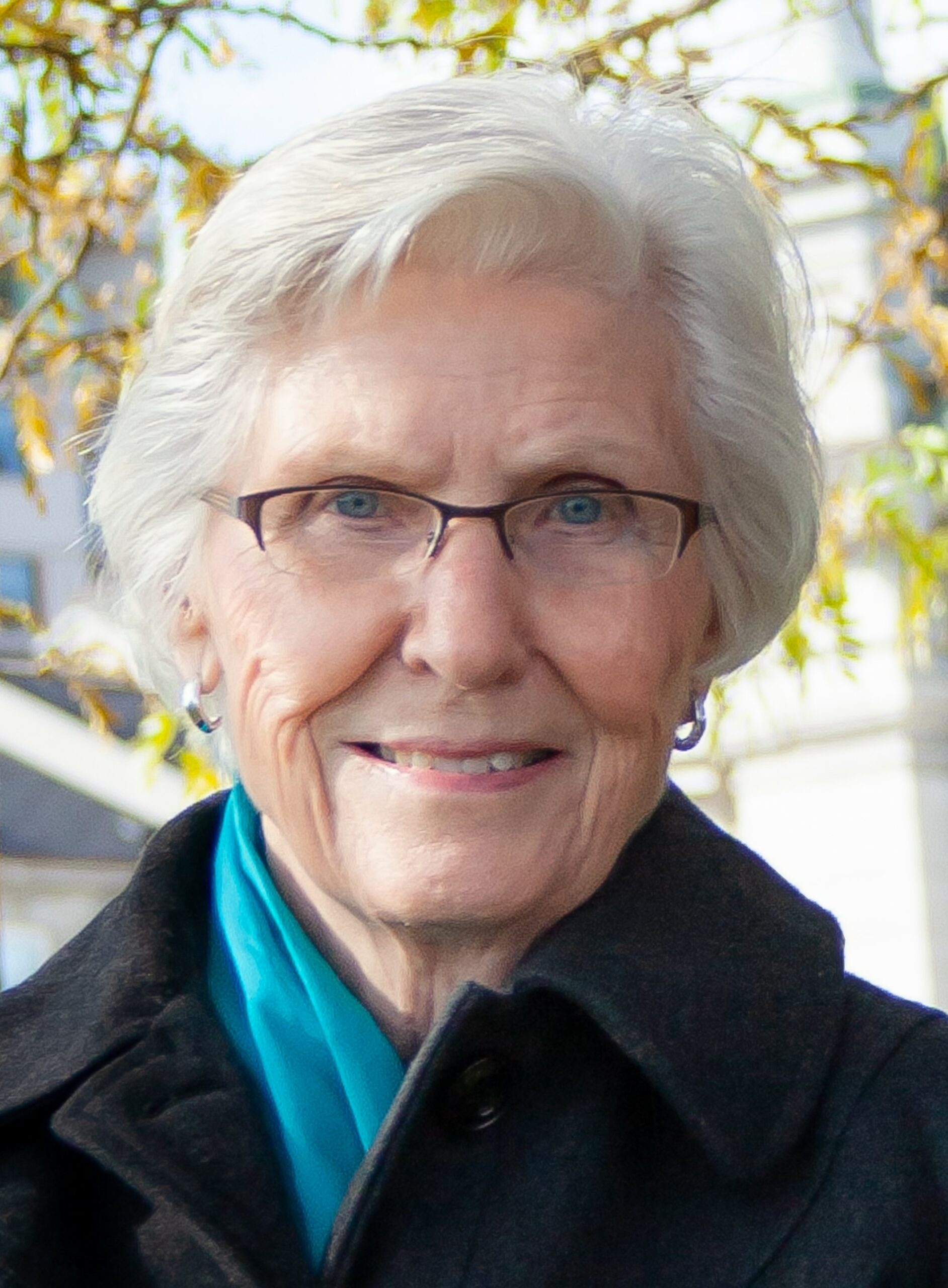 We announce the passing of Esther Kretchmer at her residence on Sunday, September 19, 2021, in Lac du Bonnet, Manitoba at the age of 90, following a brief struggle with cancer.

Esther was predeceased by her parents Gus and Caroline, 5 sisters, 3 brothers, 7 brothers-in-law and 4 sisters-in-law.  Her husband Walter passed away on September 6, 2011.  Esther was the last surviving member of her family.

Esther was born on December 27, 1930, at her parent’s residence in Wetaskiwin, Alberta and lived there until her marriage to Walter in 1951.  They moved to Manitoba shortly after their marriage.

Mom’s faith, family, friends, church, and community involvement were important to her.  She was an active member of Whiteshell Baptist Church, in Seven Sisters Falls, Manitoba.  Mom served as church organist, deaconess, board member, Sunday School and VBS teacher at various times during her membership.  Mom participated in church music programs including singing in the annual Christmas Eve choir cantata until her health began to decline in 2019.  Mom also helped in community groups such as Women’s Auxiliary, Red Cross and assisting at the local seniors’ facility.

Thank you to the church family and community for your support to Mom, especially following Dad’s passing in 2011.  A very special thank you to Linda, Mom’s long-time friend.

Thank you to Dr. Bruneau, Mom’s local physician for his professional and compassionate support; the Lac du Bonnet area palliative and homecare staff, and, to Dr. Liu and staff at CancerCare Manitoba.

Flowers are gratefully declined.  If friends so desire, donations in Esther’s memory may be made to;
Camp Nutimik 2021 Capital Project, Box 35040 RPO Henderson, Winnipeg, MB, R2K 4J9 or to a charity of one’s choice.

A funeral service for Esther Kretchmer will be held at Whiteshell Baptist Church, 74158 PR 408, Seven Sisters Falls, MB, on Thursday, September 23, 2021, at 1:00 p.m. with online livestream viewing available through www.WEBEX.com on your pc, or via the CISCO WEBEX App on your mobile phone. Enter the Meeting Number: 2552 541 9386 and Password: BYwZcA75z2U.

All attendees are requested to be fully vaccinated and masked.

** Direct access to the WEBEX Livestream can be FOUND HERE **

A private family interment service will be held at Whiteshell Baptist Cemetery prior to the service,with Pastor Craig Glen to officiate at both services.

Offer Condolence for the family of Esther Kretchmer (Littmann)