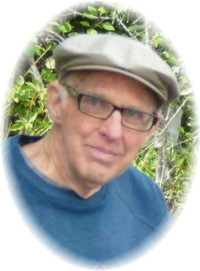 Frank passed away on Thursday, November 5, 2015 at the age of 84 at Lions Manor Personal Care Centre.

He leaves to mourn his loving wife of 60 years Anne, his three children Peter (Elisabeth), Penny (Wade) and Paul (Young Mi), his grandchildren Brenna, Jordan, Dominic, and Ethan and his brother Hugh Barclay (Masami). As well as a caring community in Pinawa.

Frank was born in Vancouver and married the love of his life, Anne, in 1955.  The couple lived in Portage la Prairie where he was in the Air Force.  Frank accepted a job with AECL in Chalk River and then moved his family to Pinawa in 1965 where the family lived till 2014.  He enjoyed his career as a nuclear physicist and was recognised as an inventor.

An avid bird watcher and card game enthusiast, Frank will be remembered as a spiritual, thoughtful, and loving man.  He was a wonderful husband, father, grandfather and bridge partner.

The family would like to thank the staff at Lions Manor Personal Care Centre for their care and compassion over the past year.

As per Frank’s request, cremation has taken place and a private family funeral will be held.

In lieu of flowers, if friends and family so desire, donations may be made to the Alzheimer’s Society of Manitoba, 10-120 Donald Street, Winnipeg, MB  R3C 4G2.

Offer Condolence for the family of Francis “Frank” Barclay