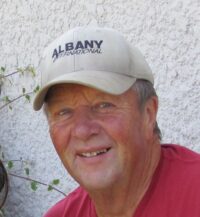 Garry was predeceased by his son Robert, his parents Robert (Bobby) and Margaret (Nana) Oakes, his father in-law William (Bill) Boyer, his two sisters-in-law Cathy and Rhoda Oakes and his brother-in-law Andre Lafreniere.

Garry lived his entire life along the Winnipeg River in Great Falls where he enjoyed everything the area had to offer.  He loved the simple country living and sharing his passion for boating, fishing, hunting, and sports with his sons and extended family and friends.

The most important thing to Garry was his family and being able to spend time with them. Whether it was telling stories and laughing around the firepit or spending time on the water, he always had a smile and cherished every minute.  Although he was very proud of his sons and their achievements in life, his granddaughter Ashlynn was his shining star.  From teaching her to drive the four-wheeler at the beach, to their canoe trip from McArthur Falls to Great Falls, as well as the countless hours pulling her and her friends behind the boat tubing, Garry treasured every moment he spent with her.  He was also blessed and fortunate to have met and spent time with his second granddaughter Betheny, who was born this past August.

Garry was a wonderful person who always brightened up any room he entered.  He loved working in the yard and garden and always had time to enjoy laughs and refreshments with neighbours and friends who were passing by. He will be greatly missed by everyone that had the pleasure to meet him.

As per Garry’s wishes, there will be no funeral service and a private Celebration of Life will be held at a later date.  In lieu of flowers, a donation can be made to Cancer Care Manitoba Foundation in his memory.

We would also like to sincerely thank the doctors, nurses, and the staff at the Beausejour Hospital for their care and compassion.

Offer Condolence for the family of Garry Charles Oakes