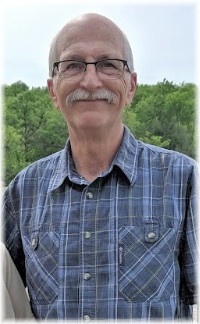 Our husband, dad and grandpa passed away peacefully on the first day of June, around the time he liked to wake up, put on a pot of coffee for us, check on the bird feeders, take some amazing pictures and have some breakfast before calling his brother.

Garry was born May 22, 1952 in Timmins, ON. The family moved to southern Ontario during his elementary school days, then on to Chibougamau, QC, arriving in Lac du Bonnet, MB in 1970 for his final year of high school.  Marg & Garry met in Winnipeg and were married in 1975. Their wedding day was on Garry’s parents’ birthday and celebrated in Burlington, ON at the church and home of Marg’s parents.  They moved to Pinawa in 1976, where Garry worked in electrical design at Atomic Energy of Canada Ltd., for his entire 32-year career.

Family trips, visits & games, Ham Radio Field Days and patiently waiting with his camera for nature to provide the perfect pose were his favourite things.  If he wasn’t at home or in the yard, he was probably helping a relative or friend – often without being asked.

Garry loyally served his community at annual amateur radio service events (Manitoba Loppet, Free Spirit Triathlon).  He volunteered communications services in Southern MB during the 1997 Flood of the Century, and flew to Little Grand Rapids in 1999 to provide RCMP with radio backup during the Y2K uncertainty.  Behind the scenes, he spent many hours on the computer drawing detailed ski race and trail maps for the Whiteshell X-C Ski Club, arranging program advertising and assisting with sound setup for the Eastern Manitoba Concert Association.  He sat on many committees (often in his role as a dad) during his 45 years in Pinawa.

A huge thank you to the many wonderful, caring people who helped Garry and our family during his battle with cancer these last 6 months.  The medical team was headed by Drs. Garg, Bruneau, Zeiler, Moffatt and Goldenberg.  All the staff at Pinawa CancerCare, Hospital and Ambulance Services were our special angels: nurses, aides, paramedics, cooks, cleaners.  We appreciate you all so much!  Our heartfelt thanks to friends and neighbours who have supported us in so many ways.

In lieu of flowers, donations to support our amazing hospital may be made in Garry’s memory to Pinawa Health Auxiliary, P.O. Box 82, Pinawa, MB R0E 1L0, or to a charity of your choice.

A celebration of the life of Garry Stokes will take place at 1:30 p.m., Wed. July 28 at the Pinawa Alliance Church.

Due to Covid-19 restrictions, the family welcomes you to be a part of the service via livestream at www.webex.com on your PC or via the WEBEX app on your mobile phone.  Enter the Meeting Number:  1826159705 and Password: DTph7YMMF86 to view the livestream.

For direct access to the LIVESTREAM can be accessed HERE.

In addition, you are welcome to join the service in the parking lot of the church by tuning your radio to 98.1 FM.  There will be an opportunity to sign the guest register and acknowledge the family from your vehicle.  Interment will follow in the Pinawa Cemetery.

Offer Condolence for the family of Garry Philip Stokes